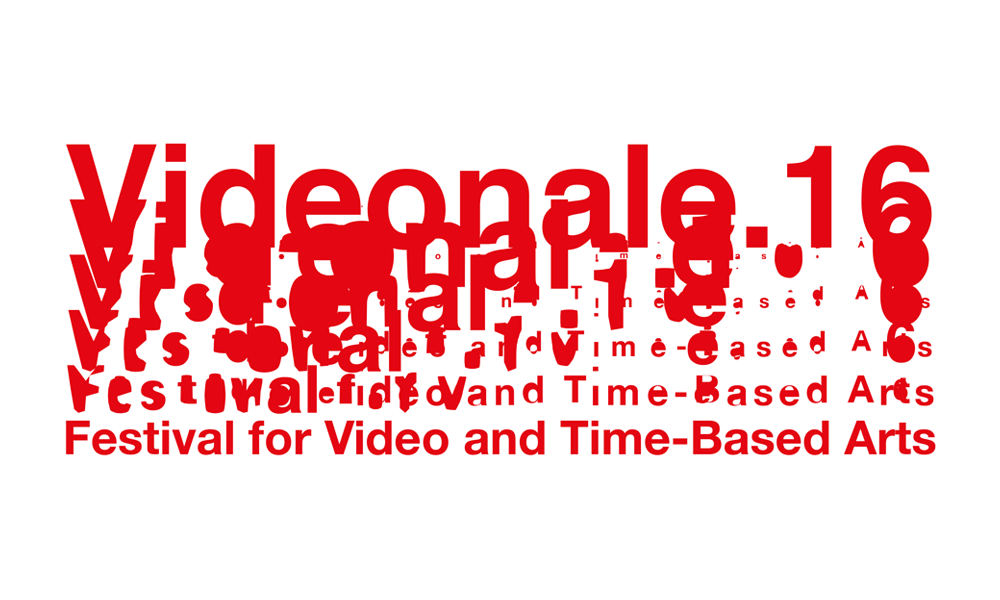 VIDEONALE.16 – Festival for Video and Time-Based Arts took place from February 17 to April 2, 2017 at Kunstmuseum Bonn, Germany with an exhibition of 43 moving image based artworks, selected by an international jury out of 2.339 submissions from artists worldwide. The Call for Entries was open for single and multi-channel moving image works, Virtual Reality and live performances.

The Videonale exhibition at Kunstmuseum Bonn was accompanied by an extensive festival program with lectures, talks, screenings, workshops, performances in the museum and the city of Bonn. Videonale was founded as a festival in 1984, Bonn, and to this time, takes place every two years. It is one of the oldest festivals for video and time-based arts in Europe with a special focus on young and upcoming international artists.

The screening, entitled VIDEONALE.16 on Tour, presents a selection of six works out of 43, presented at the exhibition of VIDEONALE.16 at Kunstmuseum Bonn in 2017 which all reflect on VIDEONALE.16’s topic “PERFORM!”. “PERFORM!” was the theme of the competition and festival program of the VIDEONALE.16. In its earliest forms, performance as an artistic gesture was an act of liberation – a rejection of the role models and expectations of the art establishment.

Yet today, performance has increasingly come to stand not for freedom of expression, but rather, for the imperative to act. Be it through our constant interaction with digital devices, within which we leave behind traces of ourselves; or through the relentless demand placed on individuals to present themselves online, and to optimize themselves as economic subjects – in all of these ways, our lives, whether consciously or unconsciously, have become ongoing performances. Our movements increasingly take the form of choreographed displays in public spaces, over which we have only limited control.

Tasja Langenbach studied Art History and Cultural Sciences in Germany and Spain. After her studies, she assisted in the exhibition MakingThings Public – Atmospheres of Democracy (2004–05) at the ZKM / Center for Arts and Media Karlsruhe, Germany, followed by a position at Gallery Anita Beckers, Frankfurt, Germany. She further held positions as co-curator and project manager for The Art of Popvideo at the MAKK Museum for Applied Arts, Cologne, Germany (2010–11), curator for the film program of SoundTrack_Cologne / See the Sound (2009–2014), project manager at Videonale – Festival for Video and Time-Based Arts, Bonn, Germany. Since 2012 she has been the Artistic Director of Videonale. She continues working as a freelance curator and lecturer for time-based arts and regularly takes part in prize and festival juries for video, film and media arts.

In Randa Maroufi’s film The Park, a long tracking shot guides the viewer through an overgrown theme park in Casablanca, where they encounter a range of different young people in a series of highly fluid scenes. Violence and brutality are frequently hinted at, but remain hidden beneath the surface of the work. The images become a symbol for a broken youth, for whom the staging and actual carrying out of violence have become a way of venting their frustration. (Josephine Halbach) 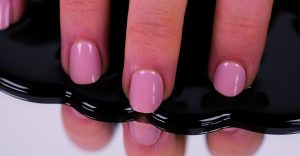 One after the other, a series of legs, knees, necks, mouths, hands and other human body parts appear on the screen, forming a surreal corporeal landscape. The viewer expects that the fragments will come together to form a coherent image of a whole body, yet they remain strangely abstract, resembling individual objects. After a few moments, an opaque, slow flowing fluid floods the individual sections of the body, gradually covering every surface with a disconcerting reflective gloss. (Joana da Silva Düring)

The film takes various shortcomings in the behavior of videogame avatars as its point of departure. These “failure scenarios” are recreated by dancers and performers, who perform choreographed routines against backdrops borrowed from computer games, with corresponding camerawork. As a kind of choreography of failure, the film withdraws from the ruling ideology of self-optimization and functionalism, instead empathizing with the imperfect and deficient moments of algorithmic machinery. (Anne Greb) 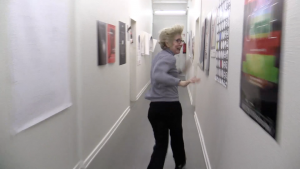 The spirits that I called…

Julia Scher’s video work lip sync 2015 confronts the contradictory feelings that arise in the face of 21st century surveillance – ranging from voluntary self-presentation before the camera to the desperate and hopeless attempt to flee back into the private sphere, away from the all-seeing eye. Against the backdrop of an apparently unassuming office corridor, we become observers and witnesses of a deliberately amateurish lip-synced performance of Miley Cyrus’ “Wrecking Ball”. (Marie Hunanyan) 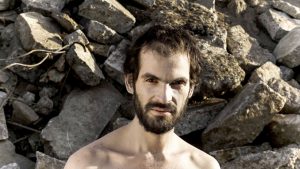 The six characters which Lucy Pawlak presents in a tragicomic light tell of their fantasies, obsessions and of no-strings-attached sex that is all-consuming, yet utterly devoid of intimacy.
The artist presents different communication technologies which are readily available, but which fail to establish real interpersonal contact: physical contact which remains superficial, or the feeding of a hungry ego in a world which resembles a building excavation: raw and fallow. (Sandra Reinhardt) 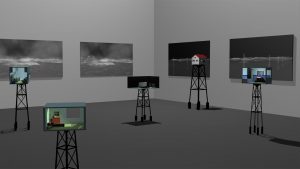 Susanne Wiegner’s 3D computer-animation Future in the Past takes the viewers on a journey through virtual spaces populated by familiar objects and places that have been decontextualized and estranged from their proper place. The camera gradually zooms out to reveal that each of these spaces is merely a part of a far larger scene. The work demonstrates how perspectives which we take for granted can be called into question by gradually revealing their larger context. (Tamara Plempe)