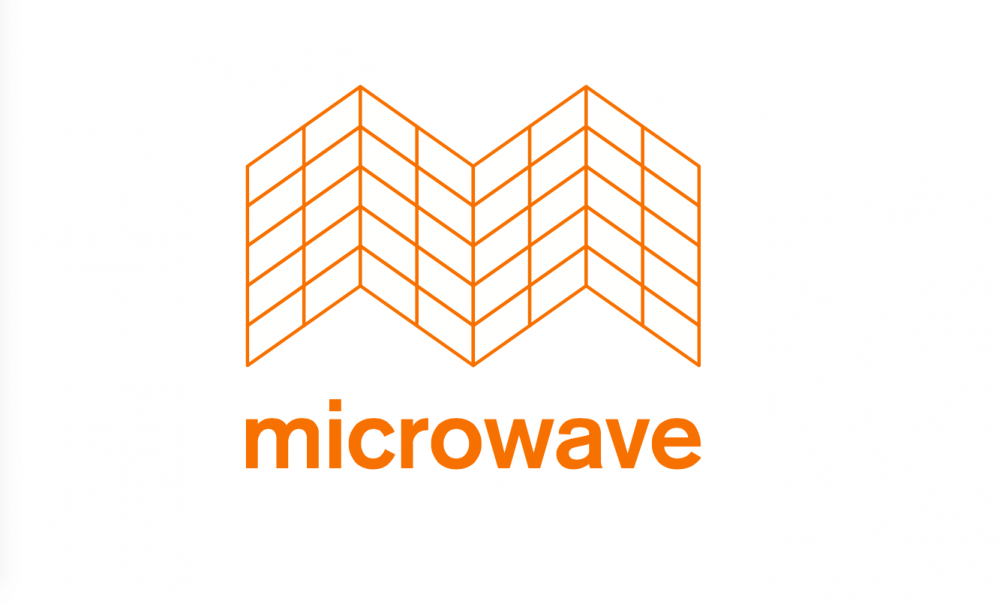 Microwave Festival began in 1996 as an annual video art festival in Hong Kong. As technology progressed and became more accessible, video art slowly evolved to involve other media; thus Microwave began to embrace the wider range of new media art. As the first and only media art festival in Hong Kong, Microwave has steadily grown into a well-established festival that brings cutting-edge works to provoke thought in the technological hub every year.

Celebrating our 20th anniversary in 2016, Microwave will continue the hard work to inspire Hong Kong and the rest of the world with pioneering media artworks/ projects, while also avidly supporting the exchange and dialogue between artists, professionals and the general public. We envision that through the Microwave network, Hong Kong artists will be introduced to international institutions and curators, working as a platform and gateway for them to develop their art and skills. Apart from the grand annual festival, Microwave also endeavours to nurture a rising local new media arts community, organising various programmes such as educational workshops, seminars, forums and exhibitions.

This is a compilation from VMAC (Videotage Media Art Collection), which features a series of works regarding posthumanity and the imagination of future life. “Posthuman” could refer to a person or an entity that exists in a state beyond human, or as a human with extraordinary intelligence; no matter what, the concept raises loads of questions regarding ethnics, social systems and communications, and carries these questions projecting our imaginary future lives. This compilation includes an android couple questioning their love & relationship, the birth of the fastest vehicle on the planet, underwater life, etc. Starting from here, all the imagination within makes us question reality.

Videotage is a leading Hong Kong based non-profit organization specializing in the promotion, presentation, creation and preservation of new media art across all languages, shapes and forms. Founded in 1986, Videotage has evolved from an artist-run collective to an influential network, supporting creative use of media art to explore, investigate and connect with issues that are of significant social, cultural and historical value.Videotage is dedicated to nurturing emerging media artists and developing the local media arts community. It has organized numerous events and programs since 1986, including exhibitions, presentations (Dorkbot), festival (Wikitopia), workshops, performances, a residency program (FUSE) and cultural exchange programs, as well as continually distributing artworks through its networks and publication, and developing an extensive offline and online media art archive (VMAC).

VMAC (Videotage Media Art Collection) was officiated in 2008 with mission to collect, preserve and build an extensive archive of video and media art of Hong Kong. Representing more than 20 years of development in media art, VMAC, that is opened to general public in 2011, together with the eight volumes of The Best of Videotage, a publication series that captures over 100 artists’ work in print, are of high significant educational value to the discourse of media archeology and art history in Hong Kong. 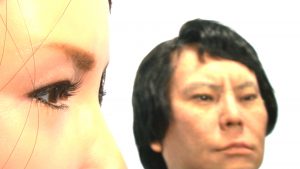 An android couple question their love.

The actors in this work are named Geminoid F & HI-1. They are android copies of existing humans. They were created by android scientist Hiroshi Ishiguro and his team at ATR Intelligent Robotics & Communications Laboratories. Kyoto, Japan.

In 2010 I spent several months hanging out with these robots and their creators.

Geminoid Tear was commissioned by the Australian Broadcasting Corporation as part of a series of works I was asked to create about Post Humans. 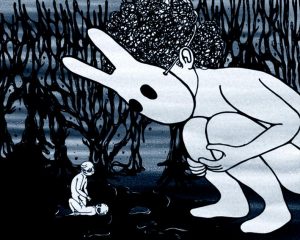 “We can’t escape the disaster” is the main concept of my animation. Animal have been eaten by human, human have been killed by natural disaster and war. Everything is a cycle and no one can escape it. The animation has been in search for human. I am trying to create a personal mythological image of the source of all human life. Also, I am trying to find beauty within the grotesque. Show the audience the other side of beauty. 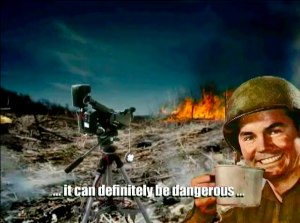 Dokumat 500 is an autonomous documentary robot which films home videos and edits them at the same time. The robot does not only absorb the technical side of film production, but also the whole creative process. That approach leads to a maximum of convenience for the user and often unexpected results for the viewer. Dokumat 500’s decisions are based on random, combined with a minimal knowledge about its surrounding space. The camera just serves as recording device and it is not connected to the hardware which controls the robot’s behaviour. An electronic evaluation of the camera picture does not take place. The robot is blind, indeed. 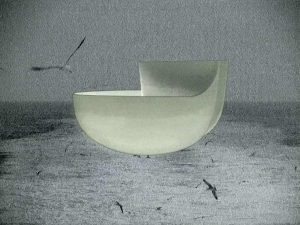 “Jivan” narrates the passions of 13-year-old Jivan. Water as violence, water as mechanics; a futurist bathtub as an amniotic sack, the intensities of light. Jivan opens up his eyes. He folds his felt and steps into the open. 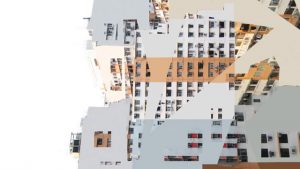 Applying click noise, downtempo electronica and the glitch style from the colours of buildings in day time to the myriad twinkling lights of city in night time, “Move” is to show the linear moving motion of Hong Kong cityscape collage on screen by using the creator’s unique style of sound-image synchronization and architectural collage. 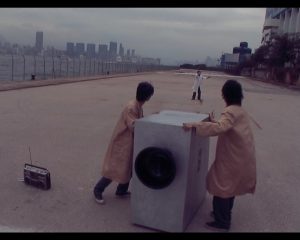 A man trying to build the fastest vehicle on earth and he made it in the end. 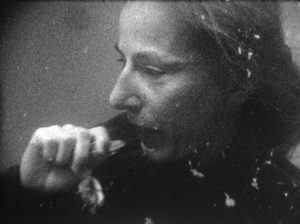 A sequence of domestic vignettes from the sunken suburbs. In the house, the stagnant atmosphere has slowly thickened to liquid. The inhabitants try to carry on as normal but beyond the borders of asphyxiation, communication is limited and expression difficult. Filmed entirely underwater in a submerged house to create an atmosphere unlike any other film.