Japan Media Arts Festival is a comprehensive festival of Media Arts (Media Geijutsu) that honors outstanding works from a diverse range of media – from animation and comics to media art and games. The festival gives awards to each of its four sub-categories: Art, Entertainment, Animation, and Manga. It also provides a platform for appreciation of the award-winning and other notable works.

Since its inception in 1997, the festival has recognized significant works of high artistry and creativity and in addition to a yearly Exhibition of Award-winning Works it has held other events, such as symposiums, screenings, and showcases. Last year, the 18th Festival received 3853 works from 71 countries and regions around the world, demonstrating its continuing evolution as an established annual international festival. Award-winning works are exhibited both within Japan and abroad through various projects and events organized by the Agency for Cultural Affairs that aims to develop and promote the creation of Media Arts by focusing primarily on the new generation of artists.

This program comprises 10 works that focuses on Japanese Artists from the Award-winning works of the Japan Media Arts Festival 2015.

Animation Reasearcher and Profesor at Tokyo Zokei University, Masashi Koide was born in 1957 in Aichi Pref, and specialized in communication design, film and animation studies. He is the chair of the Japan Society for Animation Studies, a member of the ASIAF. 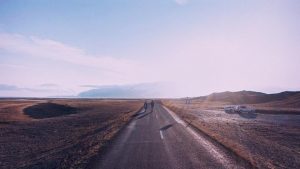 This work pertains to groupinouʼs album MAP, which contains the track used in this music video. It was created by combining a rigorous optimization process that utilizes various digital tools with a process that involves meticulous frame-by-frame creation. Furthermore, the projectʼs production tools and methods were released to the public as open-source material. Although based on a simple idea, the resulting video is a manifestation of the artistsʼ enthusiasm, imbued with qualities that defy time and technological trends. 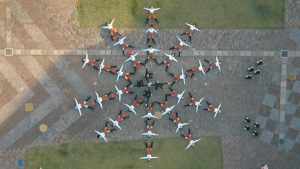 Music video for the American rock band OK Go. A dance performance using UNI-CUB, a transportation vehicle operated by weight shifting, is captured from various perspectives. The film, which was shot in a single take with the help of the latest drone technology, features a range of views including one captured on the ground at 0-meters height, to a view of 2,400 dancers captured from 700 meters in the air. 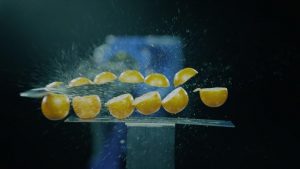 Sword techniques of MACHII Isao, who holds five world records, were studied through 3D analysis, and precisely reproduced by an industrial robot, “MOTOMAN-MH24”. Created with a theme of enabling robots to inherit advanced techniques engendered by Japanese culture, this work interprets human body performance through robot technology. The work attempts to express civility and empathy for others, which are important in bushido (Samurai’s way). 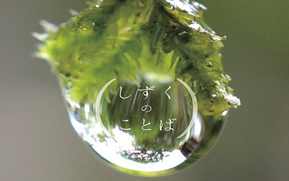 This work expresses the natural phenomenon of dew dripping through gravity, using video of rain and rain drops superimposed over associated onomatopoeia, and music composed only of the onomatopoeia. It is a poetic video expression that interweaves words with nature, based on a similarity between drops of water clustering and dripping on a window, and the way in which “words” are formed as accumulation of letters. 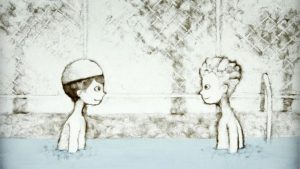 This sand animation uses the motif of water to interweave reality and an imaginary landscape, expressing the emotional changes and uncertainty of the protagonist’s guilt. A young boy accidentally drowns his friend while playing during a school swimming class, after which he is tormented by guilt and the accusing stares of his peers. Gradually he is drowned by the water that rises all around him, leaving him alone in the deep underwater. 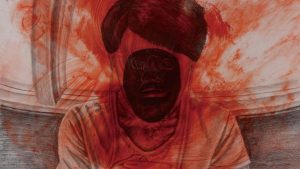 This hand-drawn animation thematizes what we are looking at in everyday life. Created using pencils, pastels, and oil paints, the drawn pictures were then shot with a digital camera and spliced together as video. Set on a fantasy train representing a kind of mental landscape, a young man shuts himself off from the outside world by reversing his face so he does not see anything, while another man silently stuffs garbage into the face. 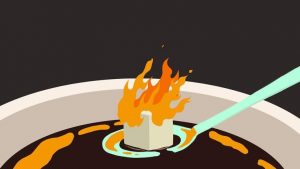 This tale of adolescence extracts a moment of a boyʼs youth when he grows up between his home and outside. The animation, which resembles a series of graphic design images, is based on the artistʼs own middle school days. The boy who continues to commit minor acts of delinquency cannot drink strong black coffee, but always brushes aside his motherʼs hand when she proffers a lump of sugar. 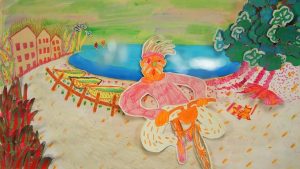 This animation recreates something that happened to the artist. One summer day she meets an elderly man who teaches her Russian on a beach in Yokohama and then shows her the familiar city in a completely new way. Produced using a combination of different techniques such as papercutting and clay, the film also integrates voices recorded outside on actual location. 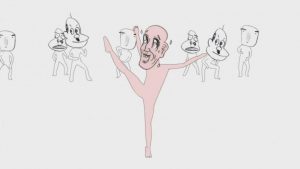 This short movie was commissioned by the ARTE TV network for the Hokusai exhibition that was held at the Galeries Nationales du Grand Palais in Paris in late 2014 and early 2015. The Edo painter KATSUSHIKA Hokusai is shown humorously maneuvering a dancing brush to the melody of Erik SATIEʼs composition Je te veux across a horizontal scroll in this animated rotoscope-style work full of handmade touches. 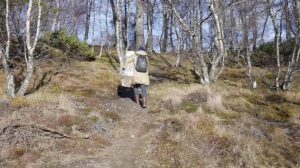 Inspired by her grandmotherʼs recollections, the artist created this documentary dealing with peopleʼs memories of rowan trees. The tree is a wondrous plant that appears in Ainu and Scottish mythology. Individual memories fuse together, traversing the realms of fact and fiction. While tracing memories, this work examines how personal narratives provide a structure for historical narratives.