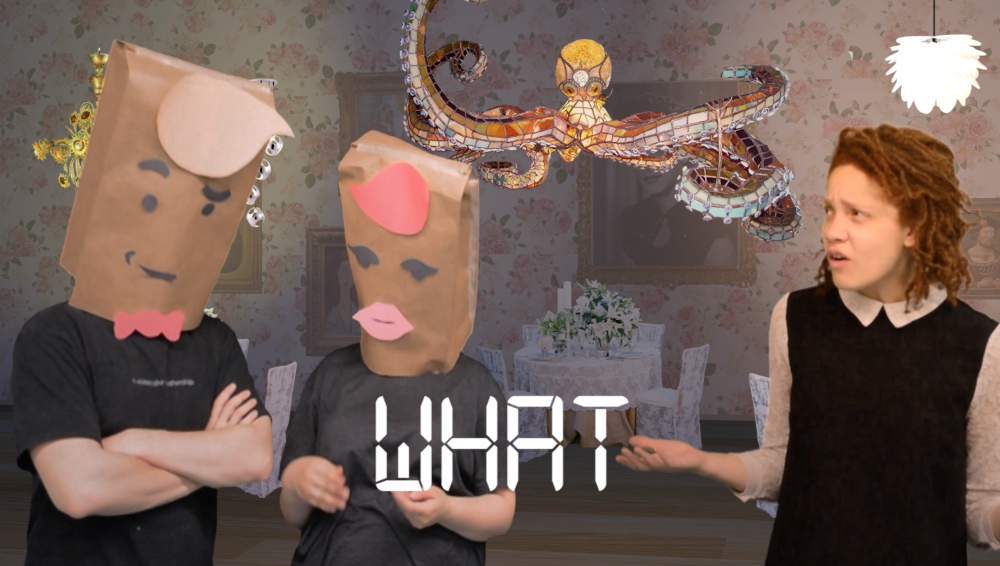 “Picture This” is a fictionalized “How To” music video created for millennials.

Through the use of robotics and 3D worlds, the viewer is instructed to use a series of impractical robots to navigate the exaggerated struggles of a young person’s life.

Set in impossible worlds to up tempo music, “Picture This” exists in a space between internet memes, pop-up advertisements, and web sketch-comedy shows.

Lauren Valley is a robotics and new media artist based in Pittsburgh, PA. Through video and mechatronic installation, Lauren attempts to explore stereotypes and gender barriers present in tech industries.

Her work has been shown in the Tate Modern’s “Future Late,” Carnegie Museum of Art’s “Two Minute Film Festival,” and the upcoming “Innovation Salon” hosted by the Pittsburgh Technology Council. Her work “Body Electric” was recently named a finalist in The Creative Industries Network “2017 Create Top Tens: The Best of the Creative Industries.”

Lauren recently completed a residency at the Massachusetts Museum of Contemporary Art (MASS MoCA) in 2016.