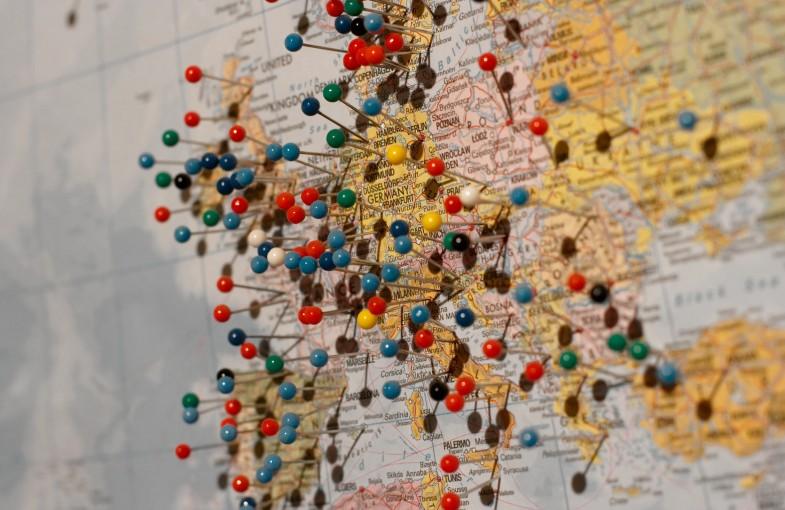 Modern humans have created thousands of distinct cultures. Without culture, world cities can’t be ‘livable’ or sustainable. However, the last years there is a major cultural shift in the ways we experience culture. From virtual museums to digital curation, new technologies revolutionise the ways we perceive culture and develop new audiences through globalisation & digital age. So what will happen if globalization turns us into one giant, homogenous world culture? How do cultural organisations respond to the digital revolution? How is culture defined? What does “The Future of Culture” mean?  How does diversity relate to this statement and how are we fostering an environment that develops and nurtures a diversity of perspectives? Cultural experimentation is entering new territories…

Irini Papadimitriou is a curator, producer and cultural manager, working at the forefront of digital culture. As Digital Programme Manager at the V&A, Irini is responsible for the annual Digital Design Weekend: a big-scale event of interactive installations, open and collaborative workshops, artists’ presentations and talks. Irini is also Head of New Media Arts Development at Watermans, an arts organisation supporting artists working with technology, where she curates the exhibition programme and an annual Digital Performance festival. She is also the co-founder of Maker Assembly, a critical gathering about maker cultures. Modern humans have created many distinct cultures. So what will it mean if globalization turns us into one giant, homogenous world culture? Cultural Experimentation.

Montxo Algora is the director and founder of ArtFutura, the festival of Digital Culture and Creativity of reference in Spain, taking place in Barcelona since 1990.

In 1992 he directed Memory Palace, a performance show for Expo 92 based on an original text by William Gibson with images by Karl Sims and music by Peter Gabriel and John Paul Jones. In 2008, he co-curated the exhibition “Souls & Machines’ for the Reina Sofia Museum in Madrid, which is, probably, one of the most visited exhibitions of digital art to date, drawing more than 450,000 visitors.

Bhavani Esapathi is a writer and speaker on the state of digital culture in the arts. She sits on many cultural boards such as the Royal Society for the Arts Fellowship Council, DASH Arts and Digital Learning Network for Museums (DLNet). For the past two years, she has been the co-Director at The Goethe-Institut in building MOOCs catering to museum & gallery professionals across the globe, on topics like marketing, audience engagement, digital culture etc.

Huffington Post Arts Blogger and awarded the WIRED Creative Hack Award, she has currently been named CreateHub’s ‘Industry Expert 2017’ and has collaborated with a range of cultural institutions such as The British Council, Victoria & Albert Museum and Arts Council England.

Despina Catapoti has been teaching at the Department of Cultural Technology and Communication since 2008, at the Aegean. Her research and teaching work focuses on cultural theory, epistemology and more specifically on the history and philosophy of archeology. In recent years, interest has focused on exploring the impact and contribution of New Technologies to the study and promotion of cultural heritage.

Her research interests include history and philosophy of archeology, cultural theory and epistemology, cultural management, new technologies and humanities.

BETWEEN THE REAL AND THE DIGITAL