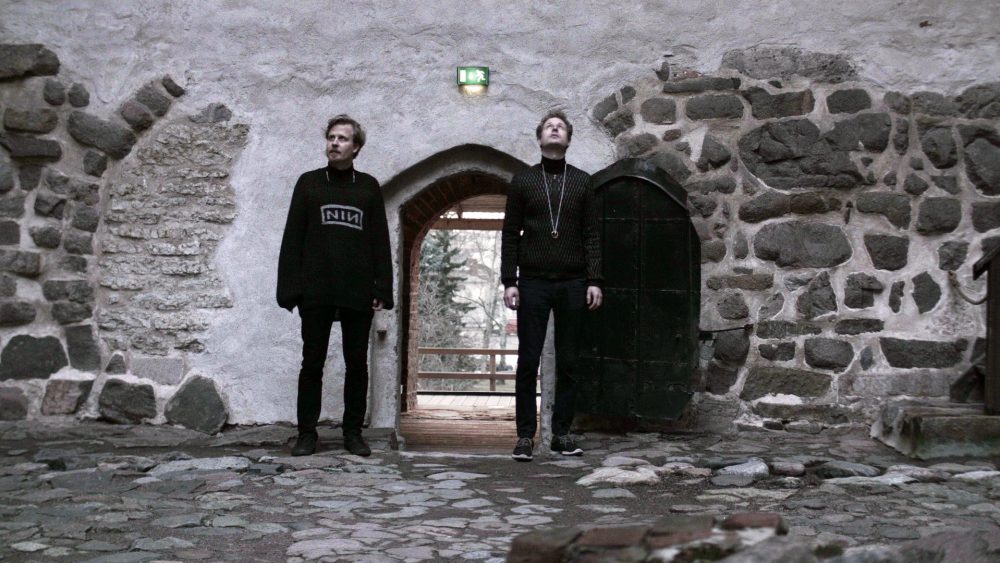 It’s 1967, 2015, 2515, 10000 AD. Simon and Garfunkel are travelling through time. Seeking an answer to their growing sadness and anxiety, brought on in part by the slowly overwhelming presence of climate change, they head to the coast, are incarcerated, visit the botanical garden in Turku, and watch Jake Gyllenhaal in Deep Impact in a darkened room. Above the tree line and into the Arctic Circle our protagonists find themselves in Kilpisjärvi, at the most northwestern point of Finland where they are – perhaps more than usual – alone together.

Seeking an alternative pastoral narrative, the duo take pause in 1969. Here is the Simon and Garfunkel we know and love, playing guitar and watching the drift in matching cream rollnecks. They are together, free from the kibble of the present day (Dr Oetker, Club Mate, sadness). Is this a scene that we will one day return to again? If they travel forward far enough, will they find our current state of rabid fossil fuel consumption was just a moment in time and in fact 10000 AD is much the same as 10000 BC?

MSL’s (Antti Jussila b. 1979 and Jari Kallio b. 1978) performance-based practice, initiated in 2008, focuses on collaborations in various forms. Recurring themes in their work are behavioural compulsions, rituals, gender, sexuality and isolation.

Jaakko Pallasvuo (b. 1987) lives in Helsinki​. His work deals with hierarchies, feelings and social arrangements. He makes videos, ceramics, texts and images. In recent years Pallasvuo’s works have been exhibited at Kunsthalle St. Gallen, Rotterdam International Film Festival, CAC Vilnius, Museum Of Modern Art in Warsaw, November Film Festival ​and CCA Derry~Londonderry, among others. His first book, Scorched Earth, was published by Arcadia Missa in 2015.