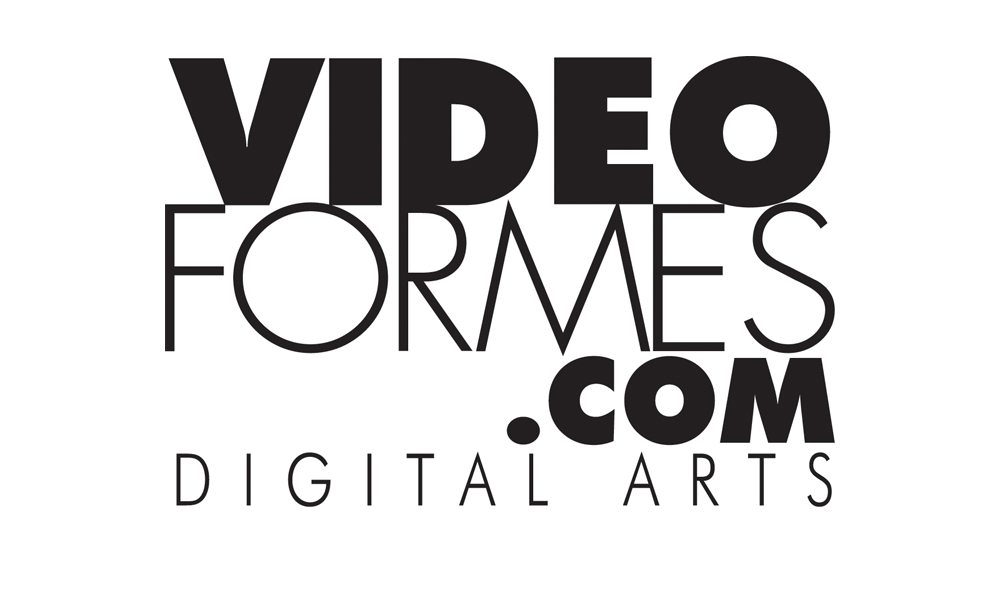 Beyond the festival, VIDEOFORMES takes part into regional, national and international cultural events, and initiates a policy of artists-in-residency. While the festival offers a programme including multidisciplinary as well as experimental performances (vidéobars), it also publishes a magazine (Turbulences Vidéo) on a monthly basis and provides artistic and cultural initiatives for a young public.

VIDEOFORMES is now committed in the development of Digital Video Archives (“Les archives numériques”), one of the most important video and electronic art collection that has been put together since 1986. VIDEOFORMES also runs an alternative gallery (Galerie de l’art du temps/Chapelle de l’Oratoire).

VIDEOFORMES is a member of LE DAMIER, RAN, the international network for digital arts, and FESTIVALS CONNEXION, the network for film festivals in the region of Auvergne-Rhône-Alpes.

Our modern societies are going through tremendous turmoil:  migration flows are increasing, borders are rising or exploding and democratic as well as economic paradigms reach their time of validity, leaving human beings in distress. All of a sudden, everything seemσ viable, from liberating and progressive utopias to apocalyptic opportunities. In a disoriented world, to whom, to what shall we turn?

While some assert that art is the only truth, nowadays creators’ proposals may enlighten us. Using high-performance digital tools, these artists are able to draw potential worlds and even to create them.

This selection of artists’ videos is based on the shifting time we are experiencing. It sets out inherited assessments and conceived futuristic projections: metaphorical thoughts from Frédéric Bonpapa, mention of transhumanist evolutions, apocalyptic visions, the relationship of Man with his environment, urban utopias, the living, the wanderings of humans….

Gabriel Soucheyre is a producer, vlogger and videomaker based in France, where he teaches at the University of Clermont-Ferrand and participates in many national and international events as curator or jury member. He is the director of the International Digital Arts Festival VIDEOFORMES since 1986, and the VIDEOFORMES Digital Archive. Concurrently, he also is a curator for the Galerie de l’art du temps (Time based arts gallery) as well as an editor of Turbulences Video (video art and Digital Culture quarterly magazine).

Here is some food for thought… if art is the only truth. 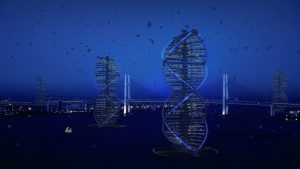 The Metabolism is an architectural and urbanistic movement born in Japan in the 60s. It was the last modernist utopia. His goal: to create the city of the future. This film features virtual Metabolists projects in Tokyo in the 21st Century. 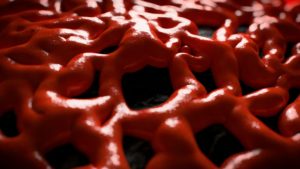 Nostalgia for Nature is a true sensory experience, a film composed entirely of computer-generated images. It immerses us in the spirit of its protagonist, an ordinary city dweller who recollects moments and scenes from his childhood, all inextricably tied to nature. Guided and accompanied by off-screen narration, these flashbacks intermingle, diffracted by his memory.

Wandering on forgotten tracks, seeking for a train that is yet to come or which vanished a long time ago.

Light Motif explores the possibilities of synergy between image and music through a semi-abstract environment made of colored lights and geometric shapes. 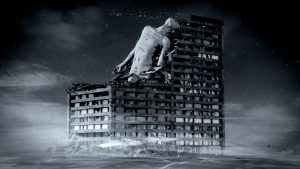 In a destroyed land someone or something is building a new Rebis made by flesh and technology. 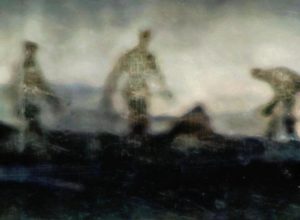 Subjective experimentation affecting the reality of a memory, leaving the auditory and optical traces in an “in-between” world in mutation.