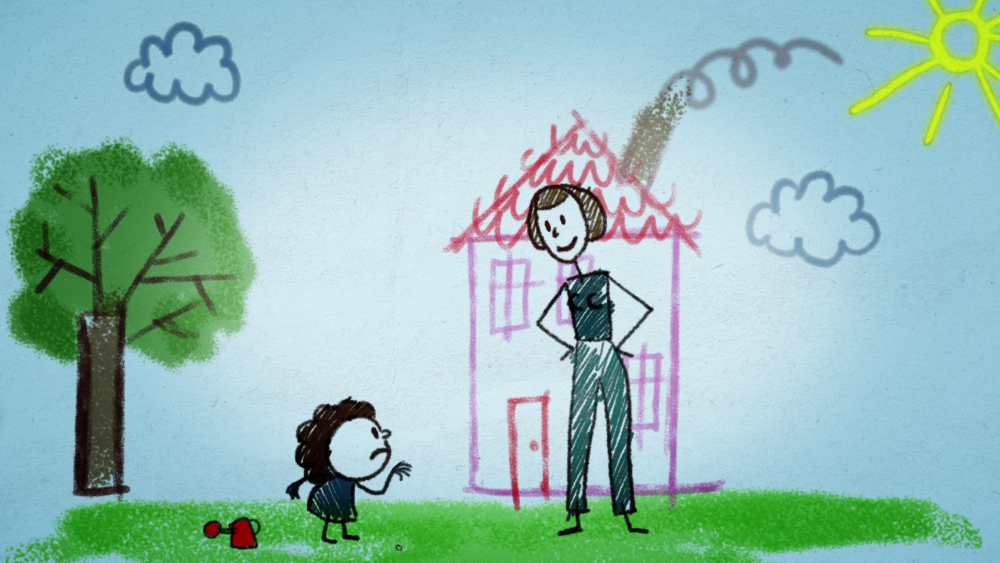 Little Ami finds out her mother must leave on a business trip. Mom tells her a white lie to appease her mind while she is away. Find out what happens when the innocent lie turns true in a way neither of them expected.

Gonzalo San Vicente is an independent film producer and director born in Uruguay in 1981. He studied Communications in Uruguay and worked as a freelancer for films, short films, television, commercials, in almost every field (directing, editing, photographer, cameraman). Afterwards, he grounded a small film production named “Chido Films” and developed many projects together with NGOs, artists, schools in many different projects.

On 2013, he finally could start making his true dreams true: Create animated films that focus on empathy and resilience. So was born AMI, his opera prima. At the same time, he directed some works for different NGO’s: Amnesty International, The International day against Racism, Corporación Crearte (Chile), Fundación Ecuménica del Barrio Borro (in Uruguay; work in progress). Right now he is on the pre-production stage of “Horneritos: Un hogar que canta”, his second short film.