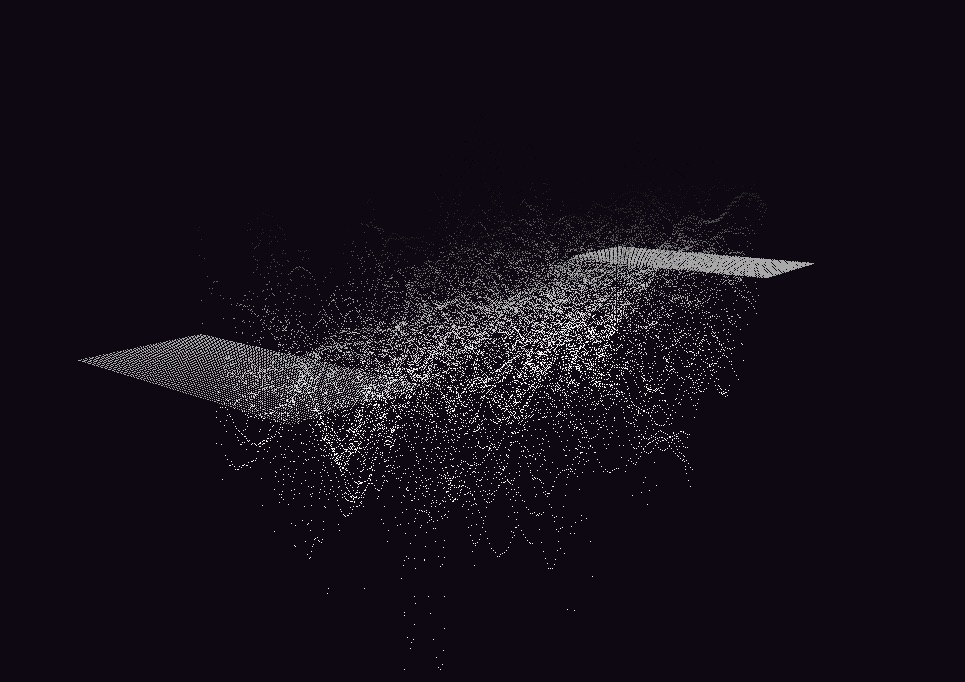 Audiovisual artist Eric Raynaud, aka Fraction, presents ‘Vector Field’, a new audio visual performance where the artist explores the real-time manipulation of a vectorial stream created by sound as an ode to the art of Transformation. After Entropia, in this new performance, Fraction keeps on focusing on synergistic structures as a main language to take up   themes on metaphysics, to question both the relation between physics and space, the place of humanity in a human-shaped environment, and its destination in an apparent, meaningless universe. As many today’s scientist’s beliefs, the artist states that time doesn’t exist and that it is rather a human perception of transitory states’ change. There’s no before, and there will be no after. There’s no past. There’s no future. From that principle, in Vector Field, Fraction streamlines a three dimensional homophonic structure, using deliberately references to science of topology and common representation of sound waves in occidental culture as an aesthetic frame for a computer-generated based vortical flow that embodies an elusive landscape, as if a continuum was slipping from his inner perception.

Fraction is Eric Raynaud, an electronic music composer & sound plastician whose work is focused on sound immersion and multimedia interactions. His productions appeared on the Berlin based imprint Shitkatapult, on several net labels before he got signed by french label INFINE in 2008, which released several of his projects.

He created the acclaimed immersive Audio Visual performance DROMOS granted by CNC (French National Center of Cinematography) before being commissioned by SAT of Montreal and Mutek festival, and recently ObE, an innovating hybrid immersive installation featured by The Creators Project.

He works as a sound sculptor, experimenting on rhythm deconstruction, timbral chaos, apparent disorder and processing synthetic and acoustic sources to create a coherent sound organization.

He was recently awarded by the Institut Français in Digital Arts field and is currently leading a several-months research and creation at Sociéte des Arts Technologique of Montreal on sound immersion and new media interactions.