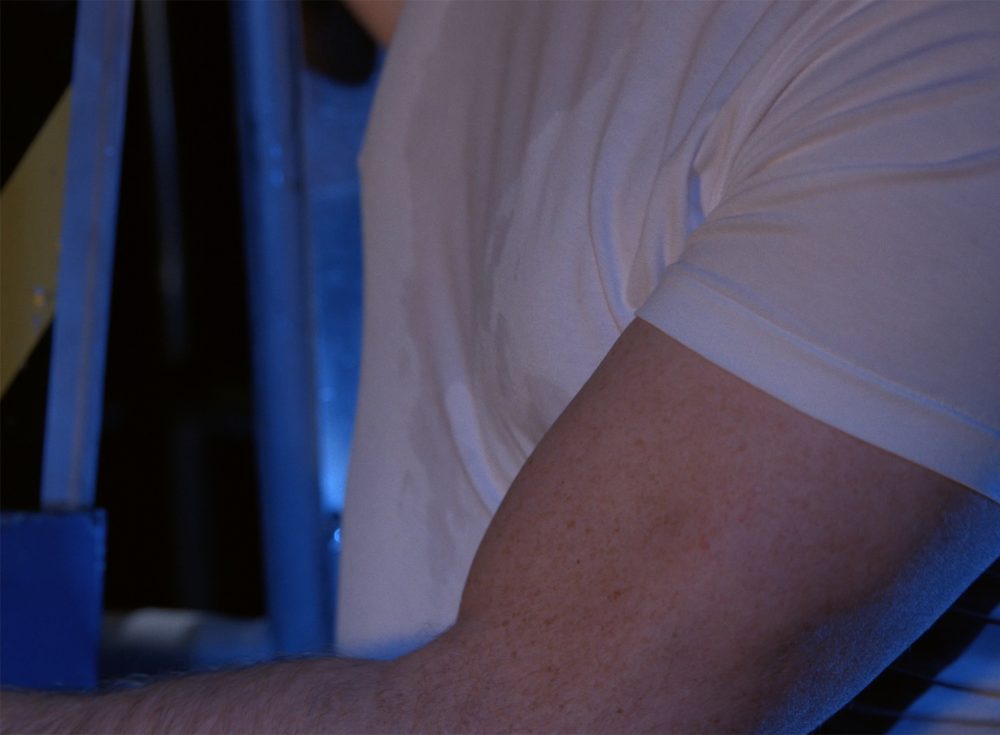 A repeated rhythm gradually becomes stronger—a kind of repetition that infiltrates the perception of time. In this theatrical space, there is a process of a man washing a machine. The act of labor is simple and thorough, yet the movements reveal an underlying meaning of desire. This behavior becomes a game where man and machine both negotiate for rights. Masculinity, sexualization, decontamination, and suspended body intertwine with each other. It is a hunger and longing for the so- called freedom, but also the representation of weakness, a hidden anxiety, and truth.

Sensitive emotions have always been the driving force behind his inspiration. He intends to explore the existing modes of gender, sexuality and identity politics, which replace struggles with tranquility. Through reconﬁguring the language of desire, anxiety and authority into a new ﬂuid, hybrid structure, he creates immersive works with hazy, poetic and sharp aesthetics by diverse media such as moving image, physical theater, installation and photography in constant attempts and explorations.

Yao Cong received his BA in Intermedia Art from China Academy of Art in 2014, and his MA in Fine Art from Royal College of Art, London, in 2017.