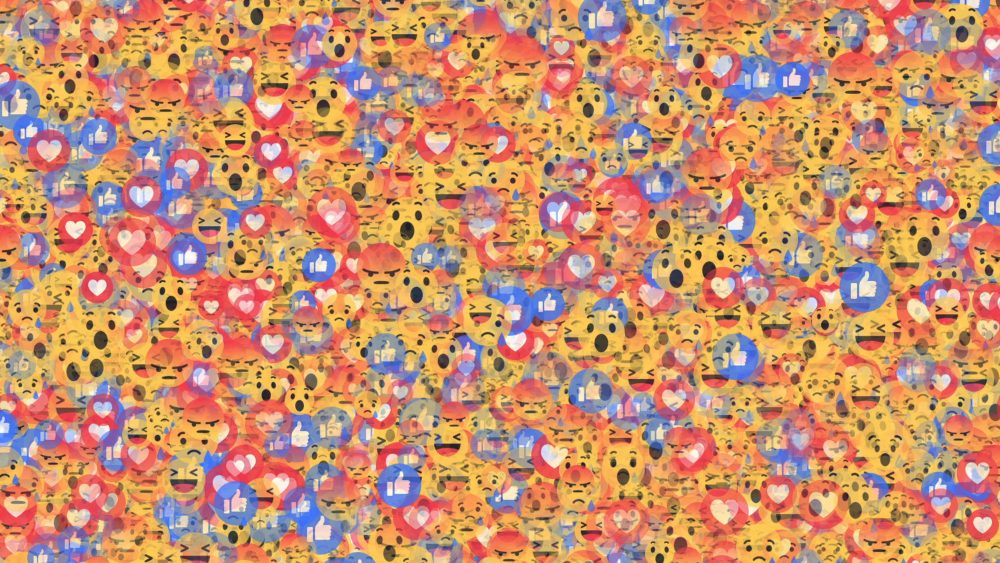 Facebook’s “reactions” let you express how you feel about a link, photo, or status. While such data might be helpful for your friends, these recorded feelings also enable increased surveillance, government profiling, more targeted advertising, and emotional manipulation.

Go Rando is a web browser extension that obfuscates your feelings on Facebook. Every time you click “Like”, Go Rando randomly chooses one of the six “reactions” for you. Over time, you appear to Facebook’s algorithms as someone whose feelings are emotionally ‘balanced’—as someone who feels Angry as much as Haha or Sad as much as Love. You can still choose a specific reaction if you want to, but even that choice will be obscured by an emotion profile increasingly filled with noise. In other words, Facebook won’t know if your reaction was genuine or not. Want to see what Facebook feels like when your emotions are obscured? Then, Go Rando!

Benjamin Grosser creates interactive experiences, machines, and systems that examine the cultural, social, and political implications of software. Recent exhibition venues include Arebyte Gallery in London, Museu das Comunicações in Lisbon, Museum Ludwig in Cologne, and Galerie Charlot in Paris. His works have been featured in Wired, The Atlantic, The Guardian, The Washington Post, Hyperallergic, Neural, El País, Al Jazeera,and Der Spiegel. The Chicago Tribune called him the “unrivaled king of ominous gibberish.” Slate referred to his work as “creative civil disobedience in the digital age.” Grosser’s recognitions include First Prize in VIDA 16, the Expanded Media Award for Network Culture from Stuttgarter Filmwinter, and a Rhizome net art grant. His writing about the cultural effects of technology has been published in journals such as Computational Culture, Media-N, andBig Data and Society. Grosser is an assistant professor of new media at the School of Art + Design, a Fellow at the Center for Advanced Study, and a faculty affiliate at the National Center for Supercomputing Applications, all at the University of Illinois at Urbana-Champaign, USA.

A PIECE OF ME