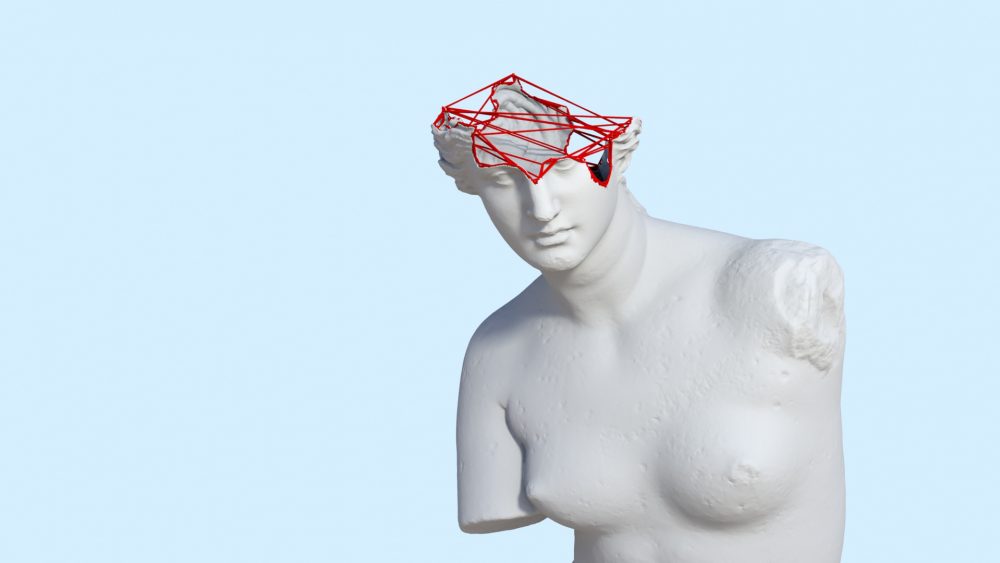 Geometric objects are stored as a series of points, which are connected to form a continuous surface. Each point is associated with a set of 3D coordinates. In this experiment, the coordinates of a given object are plotted along the point index to form three individual graphs. The graphs are then normalized and combined into two channels, transforming the topological information into audible tracks. These soundscapes are generated solely by the data representing each object. In the same way a gramophone reads the grooves of a record and outputs sound, the geophone iterates through the points and turns the traveled path into audio waves.

Georgios Cherouvim was born(’81) and raised in Athens.

At an early age he started experimenting with computer graphics and animation. After high school he moved to UK to join the Computer Animation BA course of NCCA in Bournemouth University, which he graduated with a first class degree. Since then he has worked for several years in London and Vancouver as an FX Technical Director in feature films and commercials. He currently lives and works in NY.