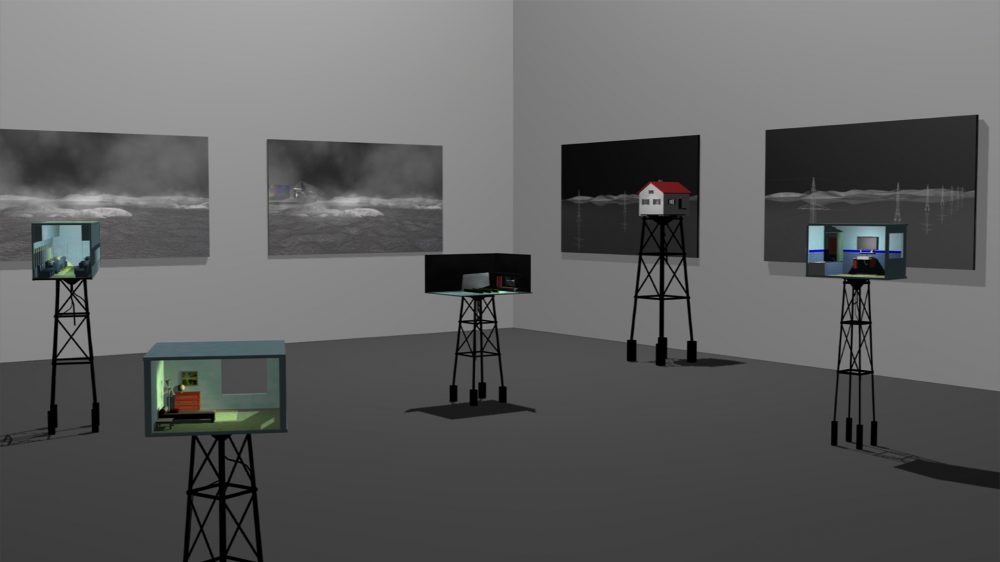 “Future in the Past” is a virtual journey through the realm of personal imagination, through surreal spaces and unexpected places. The film consists of only one continuous camera drive without any cuts. The style of the different interiors is a reminiscent of Edward Hopper’s paintings.

Susanne Wiegner studied architecture at the Academy of fine Arts in Munich and at Pratt Institute in New York City as a DAAD scholar. She works as a 3D-artist in Munich, Germany. For several years she has been creating 3D computer animations dealing with literature and with virtual space. Venues where her work have been shown include group exhibitions at the Pinakothek der Moderne in Munich, the ZKM in Karlsruhe, the Art + Technology Center EYEBEAM in New York City, FACT in Liverpool, Torrance Art Museum in Los Angeles, WRO Biennale in Wroclaw, National Gallery of Art in Vilnius, National Taiwan Museum of Fine Arts, Taipei, Les Rencontres Internationales in Paris, EMAF in Osnabrück, Videonale in Bonn, Schusev State Museum of Architecture, Moscow and festivals all over the world.

In 2011 her film “just midnight” won the festival award “la parola immaginata” in Bergamo, Italy and in 2012 her film “at the museum” won the Ballon-Prize at crosstalk VideoArtFestival 2012, Budapest, Hungary. In 2015 her film “the light – the shade” was the winner of the international competition at CYCLOP, Videopoetry Festival, Kiev, Ukraine and received the second place at FILE ANIMA+ Award 2016, Sao Paulo, Brazil.