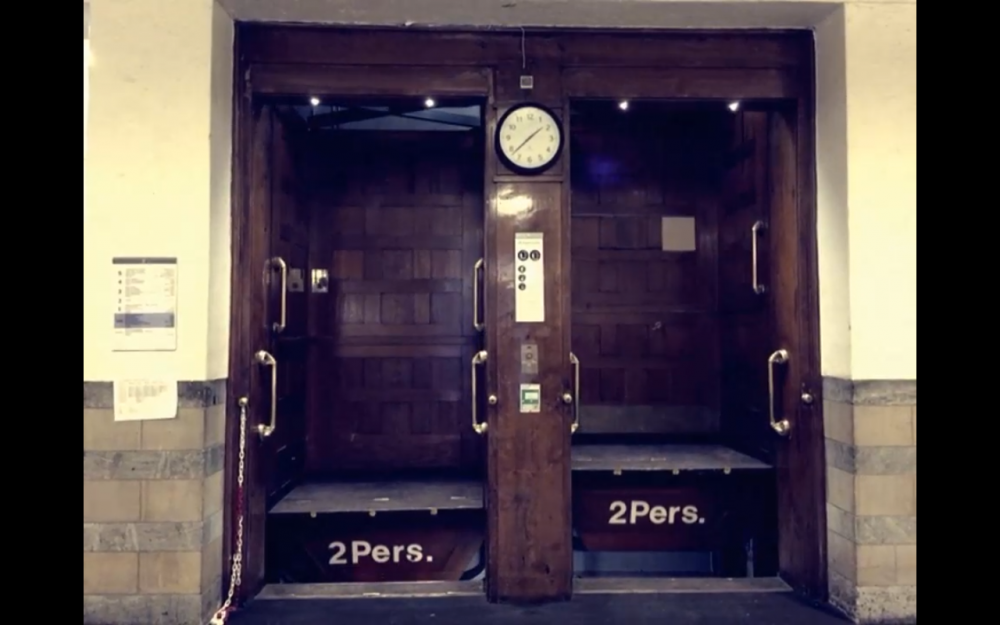 An old elevator in the KVUC language school in Copenhagen is in endless repetition. This regress is similar to Nietzsche’s vicious circle, which makes us think about Kierkegaard and his Concept of Anxiety.
The journey inside the elevator    unites with both the indistinctive voice of a reader who reads passages from Kierkegaard and the words from Kierkegaard’s Either/Or, which are parts of my existence at that moment:

“What is to come? What does the future hold? I don’t know, I have no idea. When from a fixed point a spider plunges down as is its nature, it sees always before it an empty space in which it cannot find a footing however much it flounders. That    is how it is with    me: always an empty space before me, what drives me on is a result that lies behind me. This life is back-to front and terrible, unendurable.”

Müge Yıldız lives and works in Istanbul, studied    Cinema    (BA), Faculty of Communication at Galatasaray University, Cinema (BA-Erasmus) in Paris III Sorbonne Nouvelle, and studies Philosophy (MA) Institute for Social Sciences of Galatasaray University. She is interested in experimental film and video making, super 8 and other medium. Her work currently focuses on image itself as concept of Gilles Deleuze image-movement and image-time. She also writes articles on cinema in several art magazines and has participated in group exhibitions at prestigious institutions including Istanbul Modern and Pera Museum.