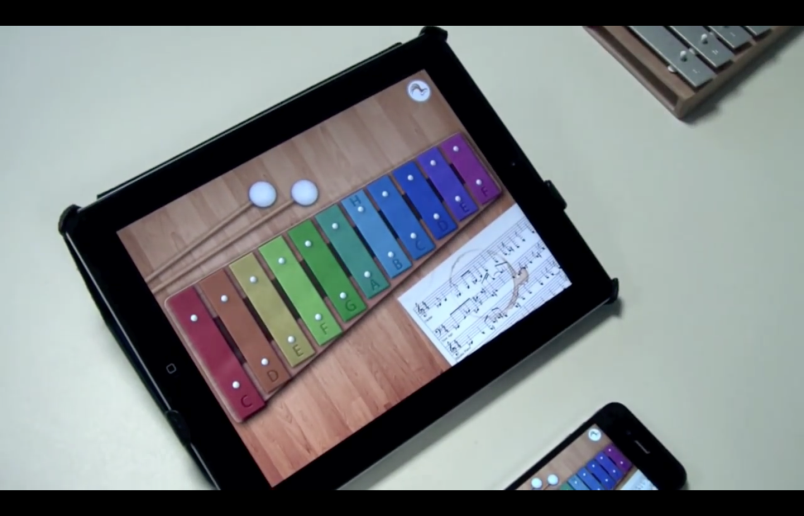 Innovative workshop that introduces young kids to interactive music technology. During this workshop, kids will play music in small groups, using ipads as musical instruments. Through this enjoyable creative experience, the kids come into contact with musical instruments in their physical and their digital form.

Lilly Kotsira has achieved degrees in Piano, Harmony and Counterpoint.  She studied Art History in Oslo University. Since 1991 she has been working as a music teacher in Athens College elementary school.She has attended many seminars and educational programs on the subject of music education. She is a founding member of the Hellenic Union for Musical Education and has participated in conferences of the Union as a speaker or coordinator. She took part in the E.E.C. educational program Socrates-Comenius “Meeting my new borders”, Harvard Graduate School of Education program and Macedonia University research programs. In 2009 she won the “Restis Award” in the competition for educational programs organized by LilanVoudouri Musical Library. She has translated to Greek the book “Me and my recorder” by M. Hobsbawn( Edition Nikolaides). Since 2009 she is a member of the board of the Hellenic Union for Musical Education.

Manos Rovithis has achieved degrees in Classical Guitar, Harmony and Counterpoint. Since 2003 he has been teaching music, composing original scores for theatre and cinema and designing interactive audio installations. In 2004 he received his MA in Music Composition at Anglia Polytechnic University in Cambridge and in 2015 he completed with excellence his PhD in Electronic Music Composition at the Ionian University in Greece.  His academic interest focuses on audio games, a genre of electronic games that can be played mainly or exclusively through sound interaction. His workshave been developed in collaboration with the Department of Audio Visual Arts at the Ionian University, the Panhellenic Association for the Blind and the Hellenic-American Educational Foundation, and exhibited in conferences, festivals andgalleries in Greece, Denmark, Canada and the U.K.