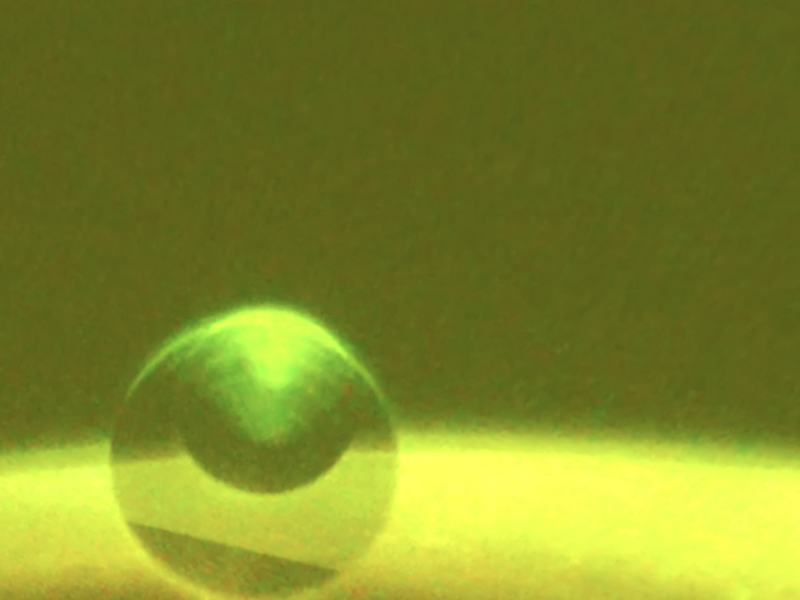 Tomorrow I Will Be Thinking About the Future is a one-minute video that combines broadcast footage of the Curiosity Rover landing on Mars, with smart-phone footage of earth’s moon being passed by a cloud. These events are brought together to create a feeling of nostalgia for former imaginings of the future, the alien, and the yet-to-be-known. It is about the fantasy of being able to leave.

The first chapter of the novel, Star Begotten by H.G. Wells is titled, The Mind of Mister Joseph Davis is Greatly Troubled. His mind is troubled by the hunch that there is an elsewhere:

“There was an effect as though this sure and certain, established world was just in some elusive manner at this point or that point translucent, translucent and a little threadbare, as though something else quite different lay behind it. It was never transparent. It was commonly, nine days out of ten, a full, complete universe and then for a moment, for a phase, for a perplexing interval, it was as if it was a painted screen that hid-What did it hide?”

DANA DAL BO is a multi-disciplinary artist that works in and between photo, video, performance, textiles, and the net. She is unsettling how the construction of identity and self are influenced by popular culture, social media, and medicine. Her interests span surveillance practices, reality television, re-enactments, D.N.A., and the super-natural. Looking back at the history of science, medicine and psychology she disrupts the empire of the empirical as the only measure for determining the healthy from the aberrant. Her work follows voyeurism, exhibitionism, narcissism, and hysteria into contemporary phenomena like selfies and drones.

Dal Bo has an extensive exhibition history including a collaboration with Joe Davis at Ars Electronica: Radical Atoms and the Alchemists of Our Time in Linz, Austria (2016). She was an exhibiting artist and lecturer at the International Symposium for Electronic Art (ISEA) in Kowloon, Hong Kong (2016) and Vancouver, Canada (2015). She was in Onufri XXI- Artists Facing Glass at the National Gallery of Tirana, Albania (2015) and worked with the International Motion Festival of Cyprus to commemorate the 150th anniversary of Alice in Wonderland. Her project self-Less will be featured as a solo booth with DC3 Art Projects at VOLTA13 in Basel, Switzerland June 12-17 2017.