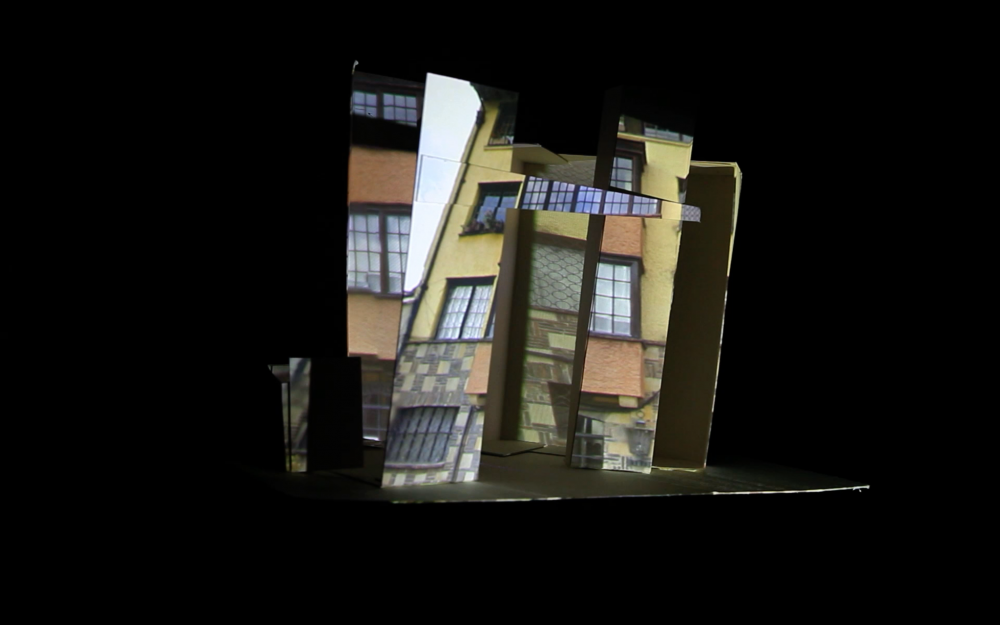 “Focaris” is a reflection on memory and cities. Taking pictures in Google SV of places I have inhabited along my life course, I built a series of cardboard mockups and on them we projected our houses, the homes in which I have dwelled (“focaris” means “home” in Latin).

Hence, this Project is about the deformation of memory but it is also a consideration about the memory of cities created by Google and its idea of a “new world” built by means of a technological device in which we can travel in our personal memory in a way  similar to the way we travel in the memory of Google.

Juan Alonso (Bogotá, 1977) is a visual artist, photographer and video maker. His work has developed mainly along the areas of photography and video art. His works have been presented in exhibitions and festivals in Colombia, Venezuela, Brazil, Ecuador, Cuba, México, Uzbekistan, Canada, Spain, Portugal, France and United States. He has won several prizes, mentions and fellowships in Colombia and abroad. He has represented his country in festivals and biennials in Ecuador, France, Portugal, Mexico and Germany. He is a photography teacher at Los Andes University and Javeriana University.