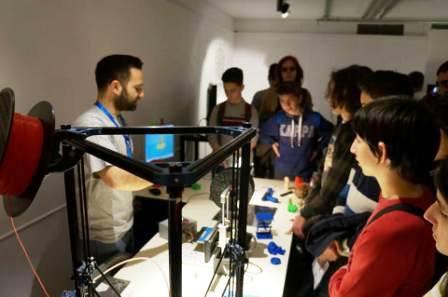 Lecture – Presentation of the historical path of technology in grade school, starting from the first interactive touch-board and concluding to STEM (Science, Technology, Engineering and Mathematics). The kids will be able to imagine and wonder about how the future school will be.