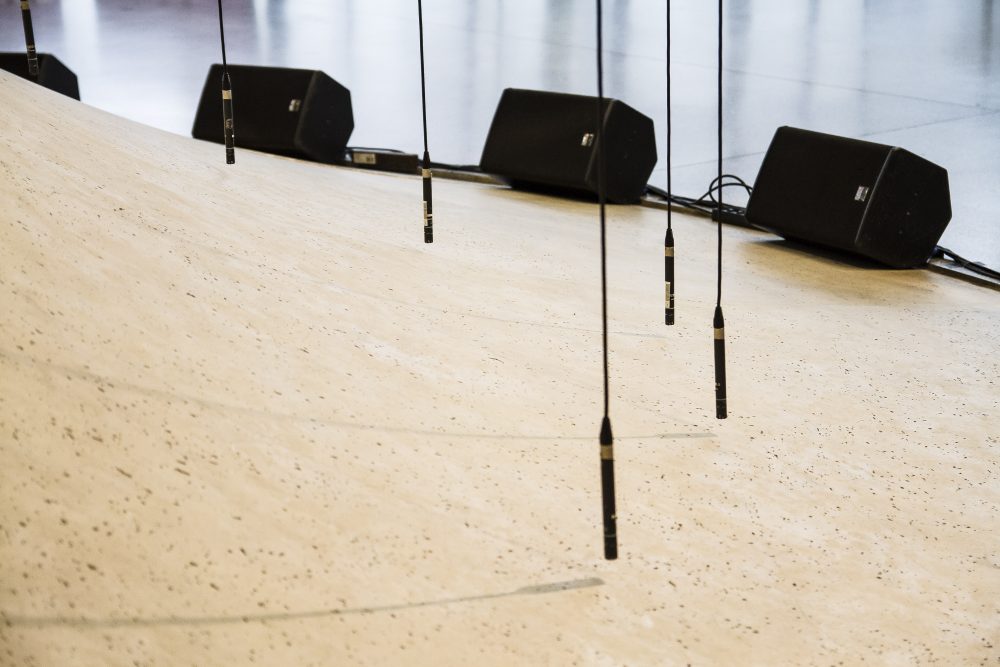 Sonic current is a site-specific sound installation which transforms architectural locations into “sonic conscious” organisms. The transformation of the site into a body, with its sense organs (microphones) and actuators (loudspeakers), enable the site to articulate and manifest itself in an open dialogue with its visitors. Sounds from visitors, environment or other exhibited installations, captured as external stimuli by the microphonic “ears”, are distributed over a digital, audio rate artificial neural network. Inside the high-dimensionally dynamic, self-regulating network, sound circulates recursively in multiple recurrent layers, resulting in diversely fragile resonant frequencies. The network output is assigned to the loudspeakers, which radiate the neuronally processed resonances back to the site. Sound, as information, electric current or organic fluids, is the precious vital substance that sustains “artificial sonic life” on the site.

Kosmas Giannoutakis creates dynamic sound artworks by interconnecting human agents, sound bodies, acoustic sites and audiovisual computer systems through the medium of sound. Using feedback mechanisms in order to create complexity and to control non-linearity, he is researching the catalysis and communication of emergent sound phenomena.

The Institute of Electronic Music and Acoustics – IEM of the University of Music and Performing Arts Graz, is the inspiring environment for his interdisciplinary art experiments.