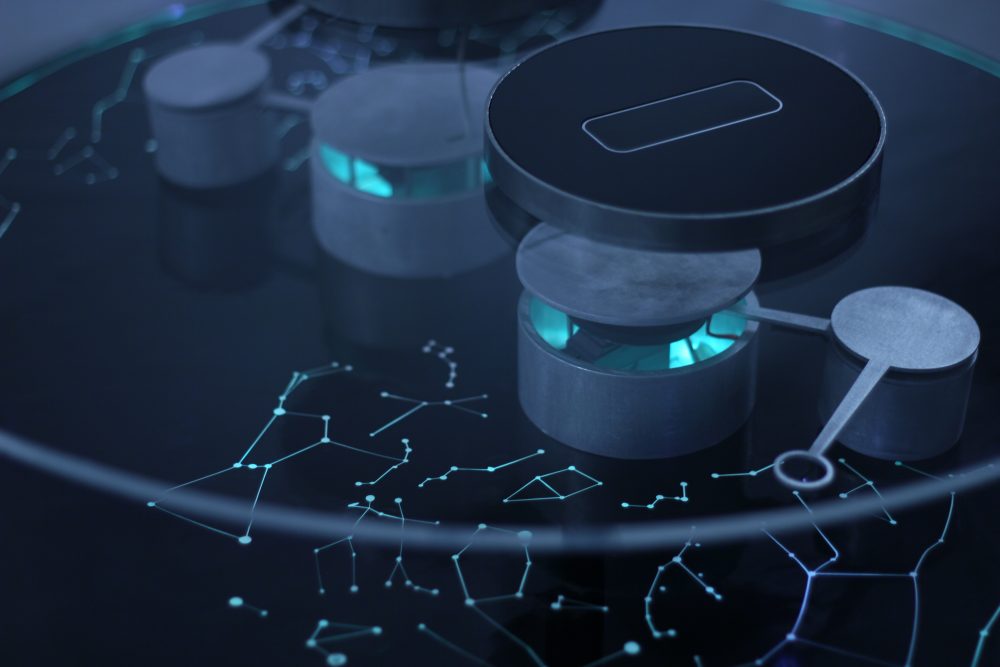 STELLAR aims to create a sonic representation of stars and constellations through a dedicated interface. Since there’s no sound in space, the artist wanted to conceptualize a link between electromagnetism and sound waves. The goal was to create a minimalistic, interactive device which would allow visitors to learn about specific stars through sound information.

The audio contents are generated by three synthesis engines working with different sonification data. Details of triggered stars and constellations work as parameters that generate the sound experience, together with data analysed in real-time from the weather of the actual location.
The visual content is real-time generated and features the actual colours of the triggered stars.

In his personal works he combines concrete & organic elements with electronic & digital processing and generative or pre-edited visual contents. Being into astronomy and biological science, space and nature are recurrent themes in his projects.

He owns a B.A. (with highest distinction) in Electronic Music and New Technologies from the Conservatory of Castelfranco Veneto (IT); he studied at the Academy of Music, Intermedia Art Department and SME Studio of Electroacoustic Music in Krakow (PL) and graduated in Contemporary Writing and Production at CPM Institute in Milan. He works as producer, arranger, sound engineer, mixer, musician and live programmer with various artists in his private studio and in other facilities around Italy and Europe.

Produced with the support of the DE.MO./MOVIN’UP I Session 2015 project, and promoted by the Ministry of Cultural Heritage & Activities & Tourism, General Directorate for Contemporary Art, Architecture and Urban Suburbs and GAI – Association for the Circuit of the Young Italian Artists.