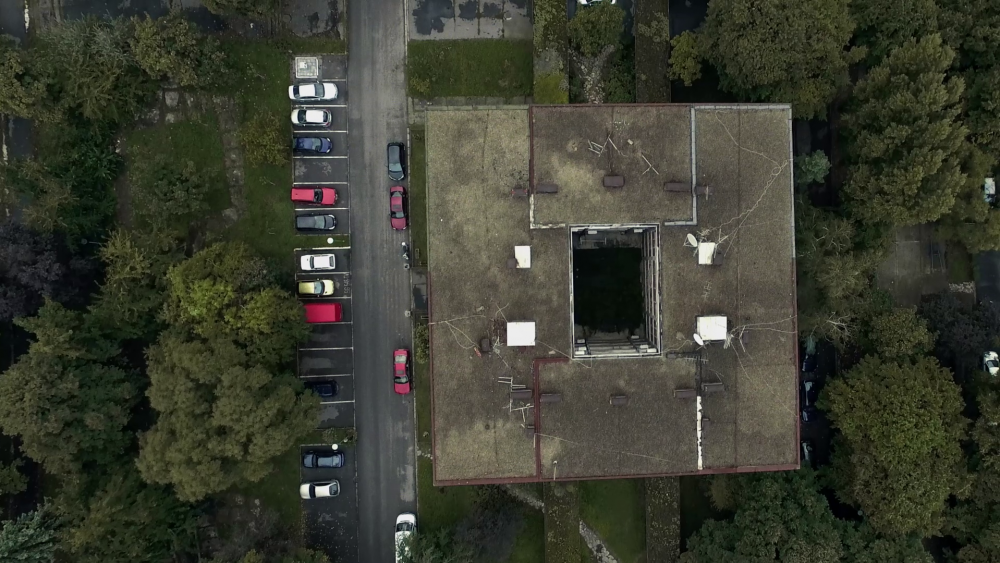 During his last morning in Belgrade, a military drone reflects on his wasted existence as a drone out of combat, while flying on autopilot to a couple having sex, a route his previous operator would take to spy on them. The drone is learning the importance of euphemisms in military language, and increasingly sees his human operator as machine-like.

Igor Simić (1988) is an artist and filmmaker. He graduated from Columbia University, New York, with a double-major in Film studies and Philosophy. His short films and videos were shown simultaneously in the art context (First Prize Discovery Award at LOOP Barcelona, First Prize Blooom Award at Art.Fair Cologne, Frankfurt Biennial, Benaki Museum, U10 Art Space) and in international film festivals (Encounters, Edinburgh, Aesthetica, Barcelona, Cologne, Vienna, Wiesbaden, Thessaloniki, Belgrade, Buchurest, Prague, Moscow). Most recently, Melancholic drone entered the MACBA collection. Igor designed two satirical award-winning video games that had over 30,000 downloads on Google Play, but were also presented in art and gaming events. Simić was selected for Berlinale Talents 2014. Since he was twenty Igor was a political columnist for the oldest Balkan newspaper Politika. He stopped writing for them in March 2017, prior to the presidential elections in Serbia, in response to censorship. Igor is also increasingly recognized for his engaging artist talks, where he makes connections between personal experiences to art, cinema, philosophy, popular culture, literature and politics.