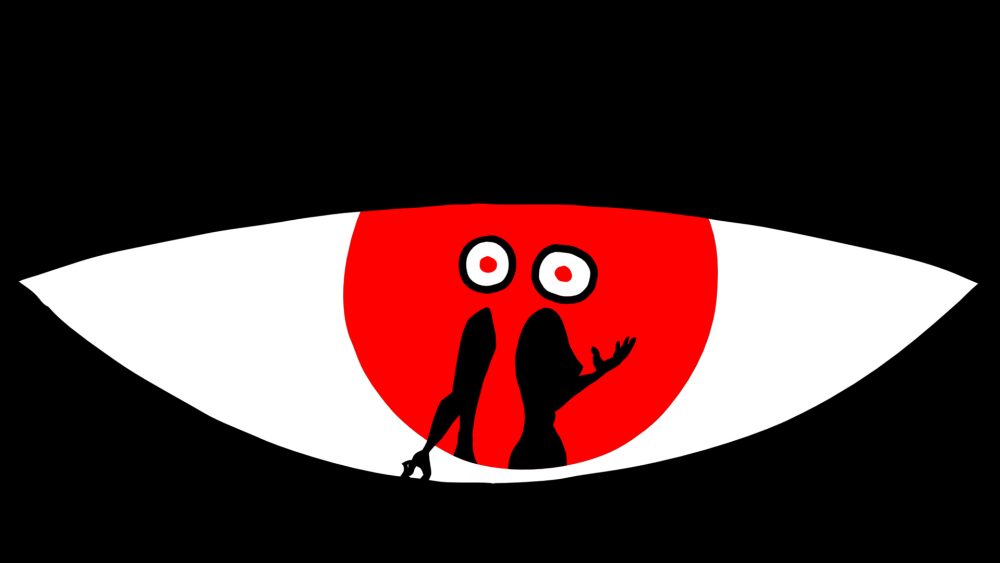 Rise into being, mature, perish – Fruit tells a creation story. As the animated short film unfolds, it brings forth a play of shapes illustrating the dialog between two mythological forces – the West and the East. In it the vibrating entities of black and white are constantly being split apart and reconciled by red, in a playful and dramatic choreography of forms and figures.

The journey is narrated in three parts which function like three rooms that are being crossed. In the first room of this triptych the viewer dives into a cosmos of inorganic, dead matter with astronomic dimensions and simple shapes that oscillate. The second room produces living creatures that exist in cycles of eating and mating. In the third room dwells the human being, incessantly striving, searching, erring.

A plant bearing leaves, flowers and a ripening fruit is the recurring motif that runs throughout the entire short film. The polar opposites, black and white, are complemented by the omnipresence of red. As the events progress, they begin to form cyclic patterns. Yet the structure of the story as a whole remains linear. A world awakens, unfurls into a pulsating multiform variety of creatures, and dies once it has completed its course. Fruit reveals itself to be the answer to its own question, an answer that seeks meaning – the Fruit, that nourishes human existence.

Apprenticeship as designer of print media then study at the Academy of Fine Art Saar in the subject „Media Arts & Design“. Graduated 2010. 2011 2015 different Jobs in the field of 3D and 2D animation. Simultaneously independent film making. Now freelance animator and independent filmmaker.