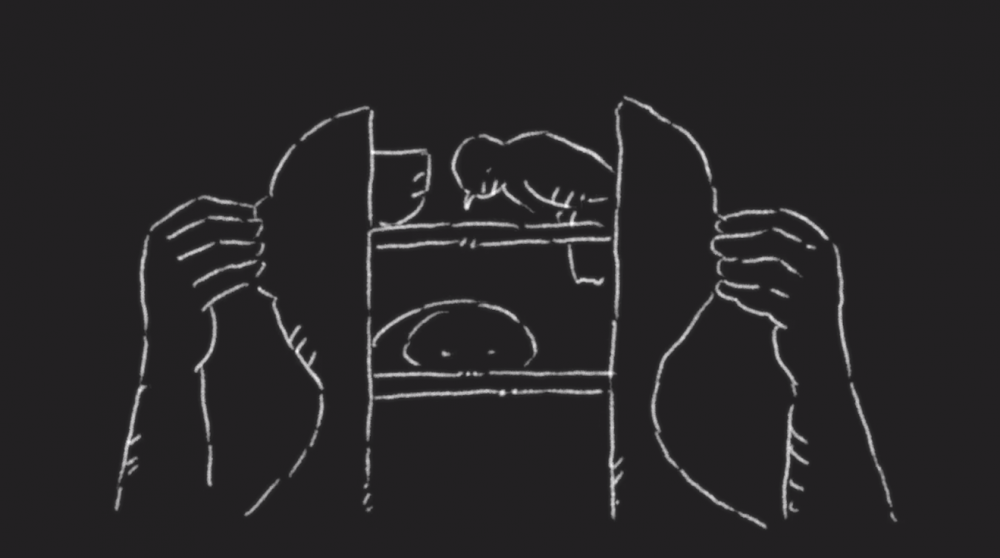 I asked my teeth if they’ll withstand a drink, says the main character in “20 KICKS”. He lives in a world, in which exchange system is slaps and fists. In this way the film is raising the question of the price we pay for the small pleasures, and the sacrifices we make, to attain true happiness.

Dimitar Dimitrov was born on 30/03/1975 in Sofia, Bulgaria. In 2003 he graduated with a Master degree in animation at the National Academy for Theatre and Film Art. Working in the field of classical cartoon, animation performances and theater productions, as well as television productions. Currently he works as 3D animator, as a Special effects artist at Gameloft Sofia and as a 3D animator in Nova Broadcasting Group. His film debut “ABC” is selected in the student program of the festival ANNECY 2000. His next animated film “The Day of bleeding gums” 2014, drawn on a smartphone, participated in 120 film festivals, collecting over 20 awards, including iPhone FF, HOLLYWOOD WEEKLY FF, WFAF VARNA and others.