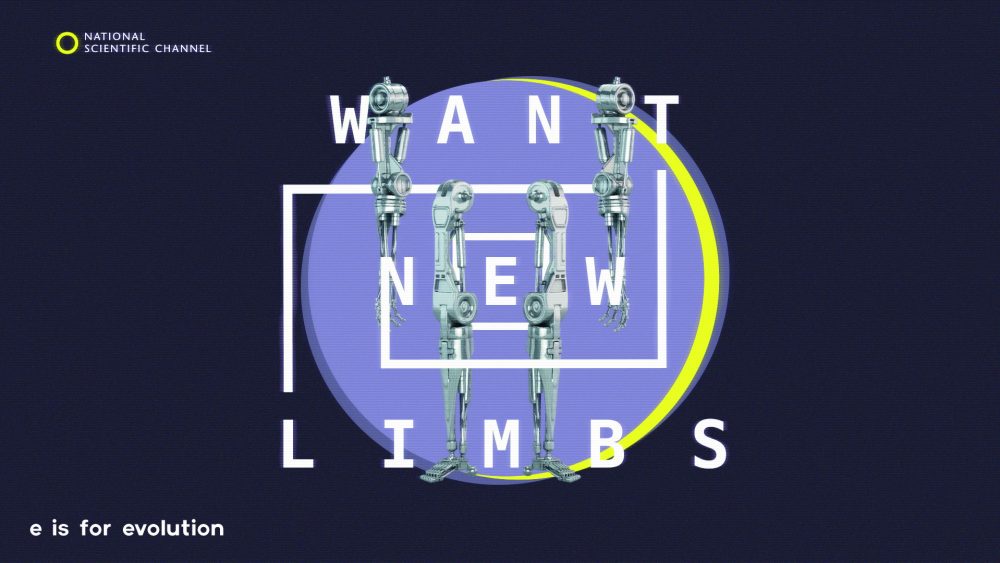 E is for Evolution is an animated short. It consists of 26 short episodes about evolution. Each Episode has its own point of view and interpretation due to evolution.

The film deals with several topics and questions. For example the development from reptiles to mammals and the instinct of procreation. Was all life on earth created by god or was it just randomly developed by nature with a method we call evolution. And what about the future? Will humans and machines merge together in one new life form?

These all questions and topics are merged in everyday storys and stereotypes.

The alphabet builts the chronological base of the film. To each letter there is an episode. In the end the film results in an collaged overall picture. A small ABC of evolution.

Paul Kusmaul is born in 1984 in Karaganda (Kazakhstan). At the age of five he came to Germany. In 2005 he graduated from high school. In 2007 he started studying Digital Media at Hochschule Darmstadt. In 2010 Paul gets his bachelor graduation with the short movie Hannes der Hausmeister. From 2010 to 2013 he worked as a Motion Designer in Berlin. In 2013 Paul moved to Ludwigsburg to study Motion Design at Filmakademie Ludwigsburg. In April 2016 he graduated with the animated short E is for Evolution.

Since 2016 Paul works as a freelance motion designer and as a filmmaker.