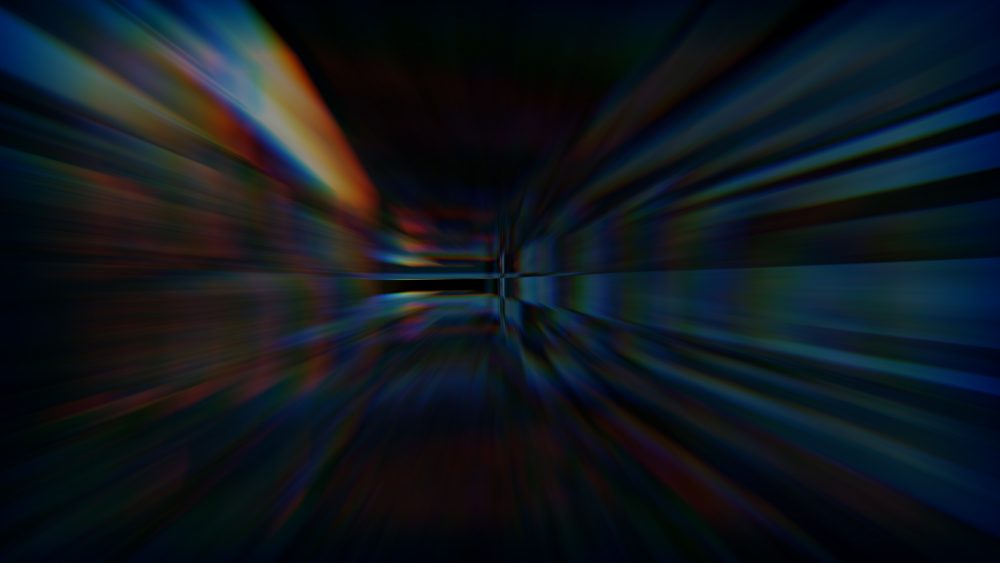 “- so long as I get SOMEWHERE,” Alice added as an explanation.

Any Road derives from an audiovisual concert created by video artist Boris Labbé and composer Daniele Ghisi. The concert combined video, electronic music and analogue music produced by an orchestra.

Commissioned by GRAME/French Ministry of Culture, Any Road is an exploration into the cyclical manipulation of image and sound which ties together classical cinematic ordering with more contemporary algorithmic ordering.

Two loudspeakers, as gamers, are playing a ping-pong match with words and sounds. Their playing field continually shifts and scales in and out; the dynamic of the game itself is disrupted by the unfolding and unpredictable dynamics of the changing environment produced by the accompanying music and visuals. The synchronized video continually transcends its references, from video games to abstract animations to historic cinematic works.

Boris Labbé (born 1987 in Lannemezan, France) is a graphic and video artist and director who works mainly with animation and installation. He is interested in the way space and time are ordered in film and video production and in exploring and disrupting the patterns that result. In 2012, his project Kyrielle was awarded the Special Jury’s prize for Graduation Films at the Annecy International Animated Film Festival. He has collaborated with Sacrebleu Productions to direct two short films, Rhizome (2015) and La Chute (in progress). In 2016, Rhizome won the Golden Nica award at Ars Electronica in Computer Animation/Film/VFX. His works have been exhibited internationally including at OK Center for Contemporary Art, Linz; Aichi Triennale, Nagoya; National Art Center, Tokyo; Cinémathèque Québécoise, Montréal and Erarta Museum of contemporary art, Saint Petersburg. He has shown work in more than a hundred international film festivals including Hiroshima Festival, Trickfilm Festival and Animafest.