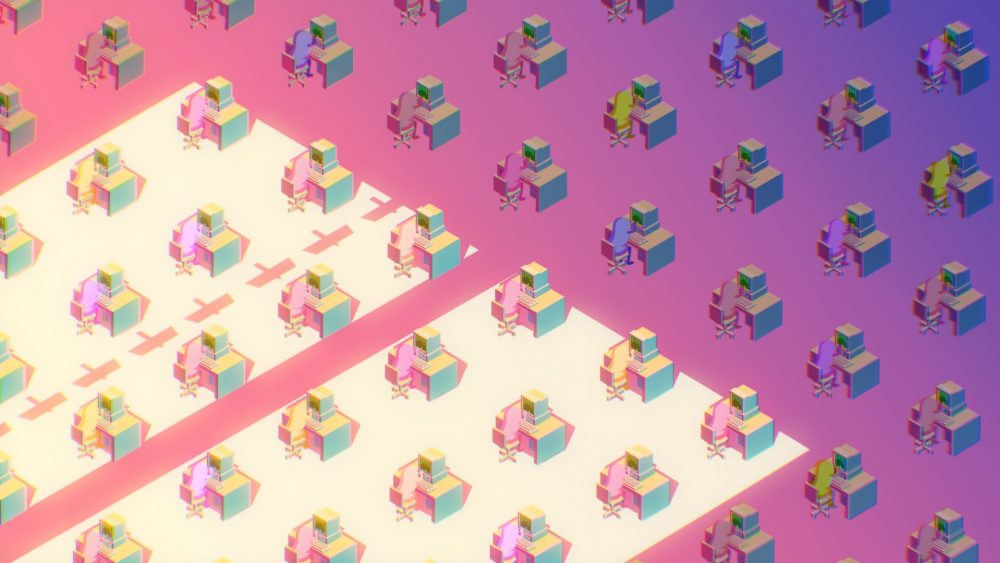 “AGAIN” is a 2D short animation that explores the idea that life is a series of meaningless routines. The protagonist attempts to escape from this endlessly repeating world by committing countless suicides, but he never successes. Even the sufferings are still part of the cycle of repetition. Finally he realizes that inner happiness is the best way to achieve the freedom he seeks.

Nico Gao got her Graphic Design Bachelor’s Degree from Dalian University of Technology and an Interaction Design Master’s Degree from Tongji University, China. She received another MFA degree from the School of Visual Arts (NYC). As a UI/UX designer, she tells stories that creatively interface human emotion, behavior and visual perception. She’s been working at Swarm as a UI/UX designer, producing interactive design, front-end development and branding.