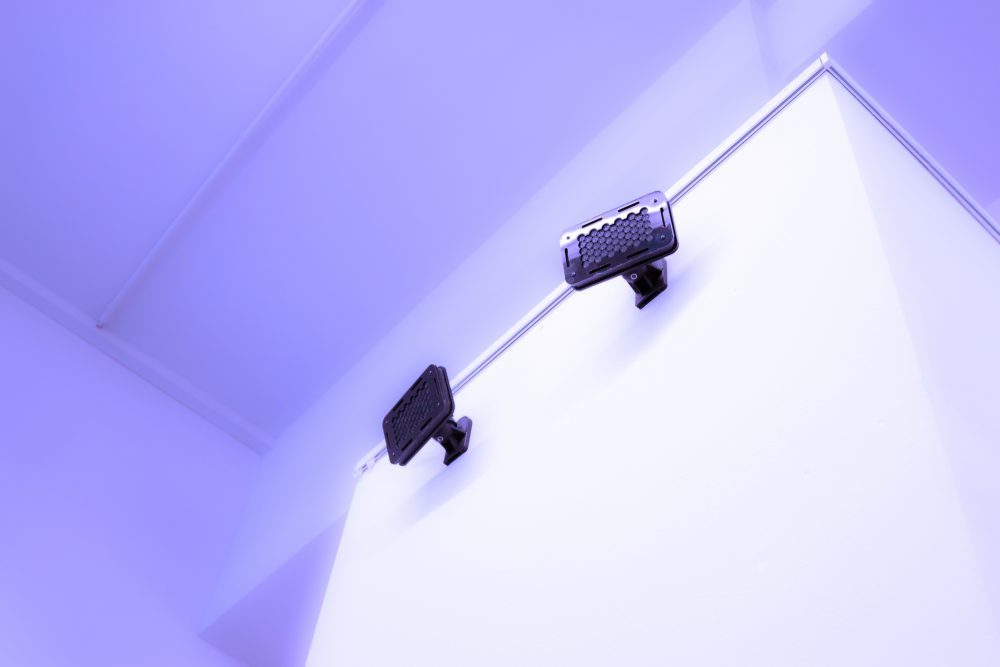 Do You Like Cyber? is a sound installation that uses parametric speakers, a technology that makes it difficult to detect the origin of a sound and that can create virtual sound sources in physical spaces. The speakers in Do You Like Cyber? broadcast a series of short audio messages that were used by bots on the dating website Ashley Madison, which were retrieved after the site was hacked. These bots were programmed to engage the website’s users in online chats, getting them to subscribe to the website’s services. Despite the fact that the bots were designed to only contact males, they didn’t always function as they should have. This work focuses on a series of insubordinate bots that, in a post-anthropocentric fashion, displayed anarchic and unpredictable behaviors, such as chatting with each other for no apparent reason or contacting female users even if they weren’t programmed to do so. Do you like Cyber? puts the autonomy and interaction between artificial entities at its center, while leaving humans only partially aware of their presence.

Emilio Vavarella is a media artist/scholar whose work merges interdisciplinary art practice and theoretical research and is centered around the study of the relationship between humans and technological power. Emilio is currently working towards a PhD in Film and Visual Studies and Critical Media Practice at Harvard University.

His artworks have been exhibited at many of the most prestigious festivals of media arts: Stuttgarter Filmwinter – Festival for Expanded Media (2017, 2016); BAM – Media Art Biennale (2015); NYEAF – New York Electronic Arts Festival (2015); EMAF – European Media Art Festival (2014), JMAF – Japan Media Arts Festival (2014); esteemed venues such as Villa Manin (2016); Museo Nacional Bellas Artes in Santiago (2015); National Art Center of Tokyo (2014); Jarach Gallery (2014); Eyebeam Art and Technology Center (2013); and the Museum of Contemporary Art Vojvodina (2013). His work has been discussed in books such as The New Aesthetic and Art: Constellations of the Postdigital and Behind the Smart World: Saving, Deleting and Resurfacing Data. Emilio’s work has also appeared in Leonardo, Digital Creativity, Visual Culture, and Visual Communication Quarterly. Additionally, Vavarella’s work has been frequently covered by global media outlets such as Wired (American, Italian, and Japanese editions), Artforum and Neural.