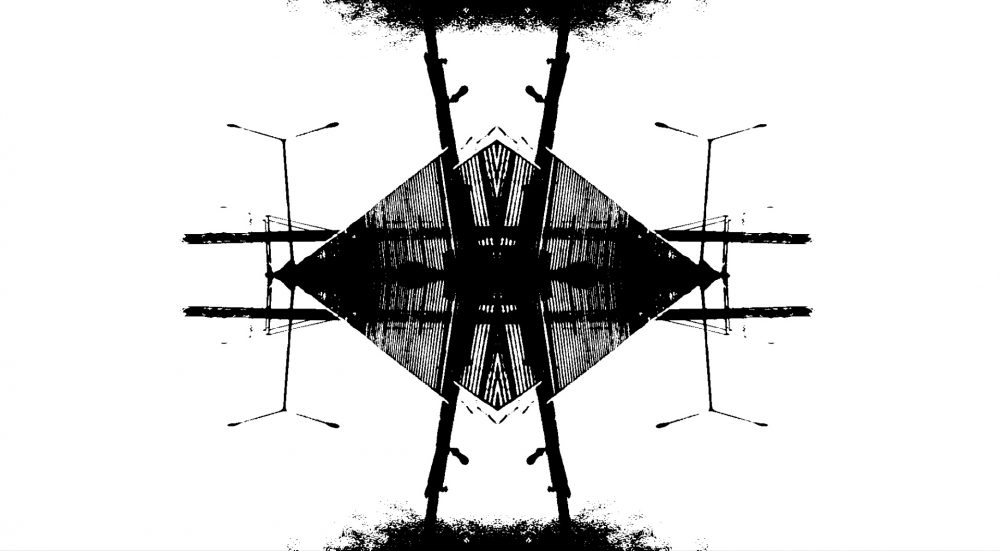 ”Memory Lane” is a map of the contemporary urban landscape of Athens, a never ending strip of deserted industrial sites and empty office spaces. The film’s styles and techniques are inspired by some of the late 20th century’s most recognizable visual trends, such as arcade games graphics, silkscreen printing and the menacing blots of the once so fashionable Rorschach test. The artist made this video to try and address the question: ”will the stuff that my memories are made of, stand the test of time?”. I can imagine the future. Can the future imagine a new use of my past?

Evi Stamou was born at Patras (Greece) in 1985. She has studied music at Patra’s Conservatory, political economy at Athens University of Economics and Business and filmmaking at Hellenic Cinema and Television School Stavrakos.

She currently lives and works in Athens, as a film director, sound recordist for film and TV productions and video artist.

Since 2010 she collaborates with artists from various fields creating video projections for music concerts, theatrical shows and performances.

She is interested in studying a broader approach to the nature of the moving image, creating, to that effect, non-narrative films in an effort to examine the aesthetic boundaries between the more traditional cinematic forms and the evolving approaches of modern art, when, at the same time, she focuses on using the new types of media offered by the constantly emerging technologies in the field of video.

Her work has been selected to participate in International Film Festivals, Video Art Festivals and Contemporary Art exhibitions in Greece and abroad.