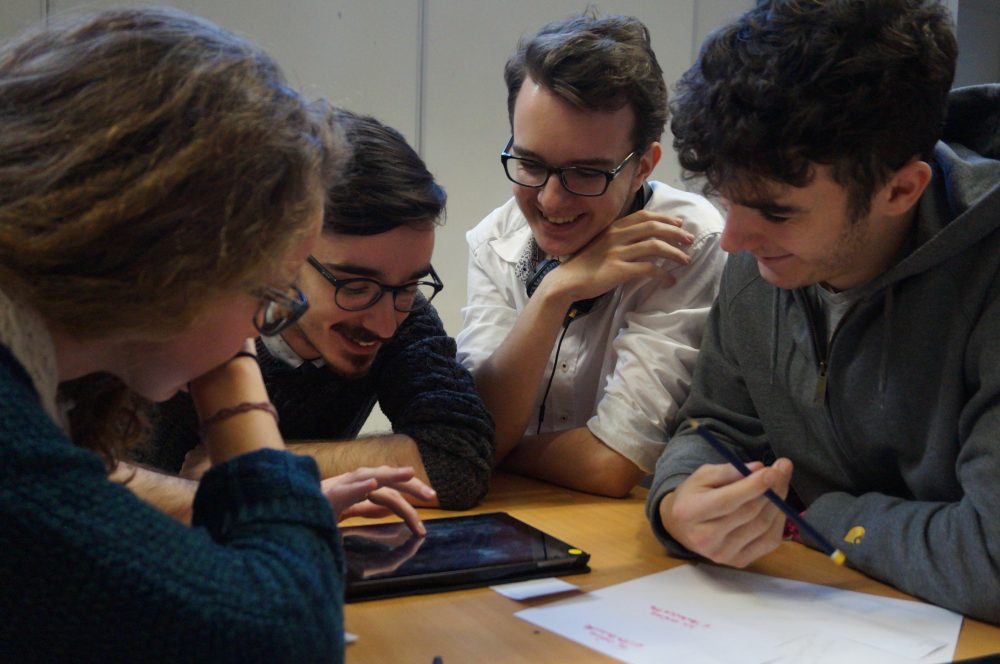 The french filmmaker and mashup expert Julien Lahmi is invited to help you take part in a creative 3h workshop ! He will guide you to make your first mashup baby.

It is a film made of pre-existing image and sound samples put together with the aim of giving them a second life.

The Goal of the workshop

Help the participants direct their own mashup movies and try a new practice from the digital era. Making something new out of the old is an artistic practice as old as the hills. Each and every creation is based on an inspiration nourished by previous works. Prior to the current « remixers », collaged images were made by dadaists, surrealists, Beat poets, and pop art. However, while directing a film has for a long time been the privilege of an elite, the tools from today’s digital era make this artistic activity accessible to all.

We don’t have to be passive anymore. We can use other people’s images and give them a new meaning.

To reserve a place, please email workshops@adaf.gr including the following details:

Julien Lahmi began his film career in the field of “creative documentary”, directing Vietnam Paradiso in 2001, which was programmed at the Cinémathèque Française and released nationally 12 years later. He then moved to fiction and experimental cinema. The themes of childhood, memory, fantasies and of the impermanence of things led him to initiate the concept of cinema of “recycling – the re-lighting of the family memory”, fictions made from family films such as La Montagne au Goût de Sel. From then on, he has been making mashup movies which remove icons from their pedestals (The Hidden Face of Pop, MK2 selection), as well as working with copyright free images (Munchsferatu version animée, 1st prize of the Wikimedia Public Domain Remix contest) or bringing together the free and the non-free (Moonlight Serenade). He is the creator and editor-in- chief of Mashup Cinéma, an encyclopedic webzine dedicated to the cinema of borrowing in the digital age. In partnership with the CNC and the Institut Français, he took over the Mashup Film Festival, which will take place in June 2017 in some fifty locations around the world.

THE FUTURE OF MAPPING