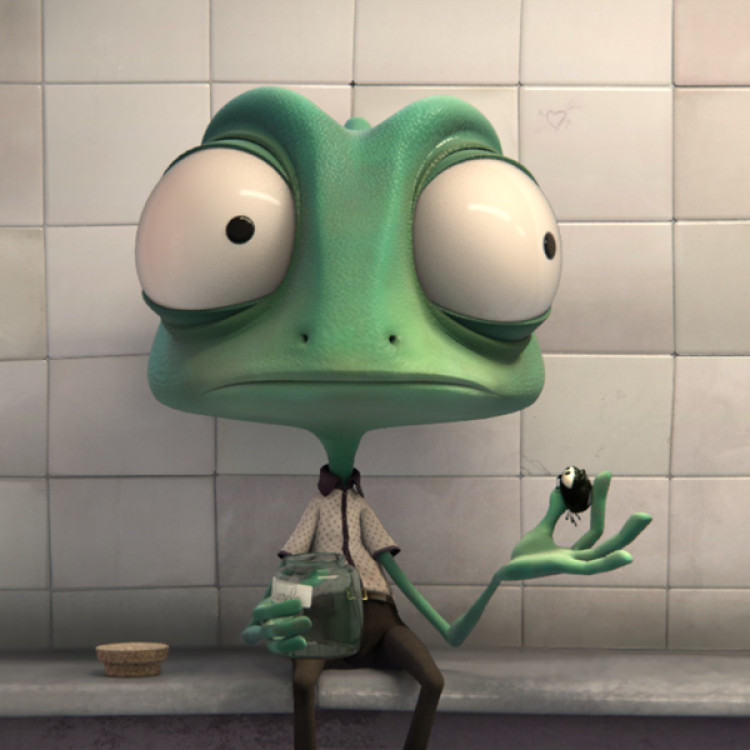 Exchange of glances in the metro. How many opportunities have you let slip by? Darrel will do everything possible to not let escape this one.

He created his own studio dedicated to web programming, multimedia design and 3D generalist, forming and undertaking in different creative projects. Later, he completed his training in PepeSchoolLand (2013), specializing on 3D animation. Recently, he has joined Ilion Animation Studios as Junior character animator.

ALAN CARABANTES PERSON (Figueres, SPAIN, 1990) studied a masters on videogaming at FX-Animation in Barcelona and decided to focus on animation. For that, he entered the PepeSchoolLand (2013). The following year, he worked on Daniel Martínez and Rafa Cano’s short film “Alike” as animator. Meanwhile, he started the “Darrel” project with Marc Briones in PepeSchool’s coworking lab, where he continues working until today. Recently he has joined Ilion Animation Studios as Junior character animator.